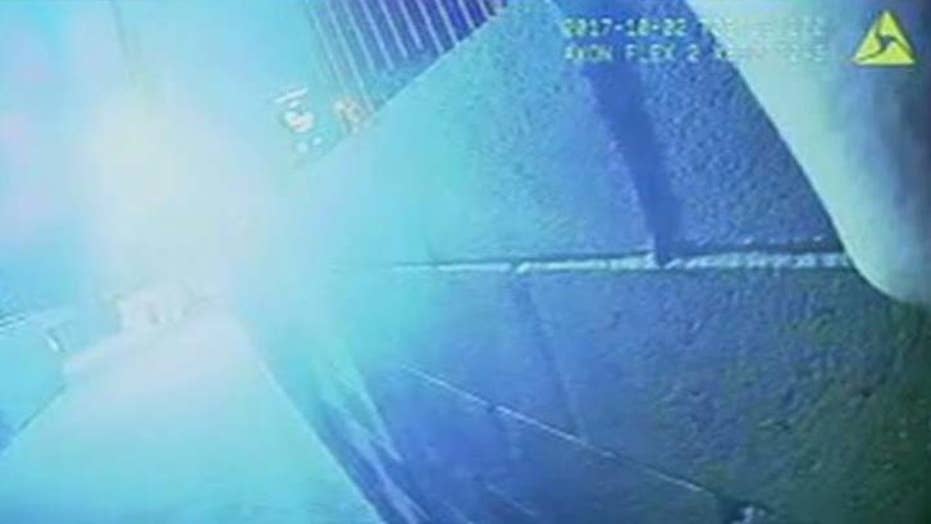 Officials provide an update on the investigation.

At the start of the footage, a police officer is heard yelling at the crowd, “Go that way!” multiple times as he tries to direct the rush of people away from the gunfire.

Undersheriff Kevin C. McMahill said at a news conference that officers were trying to figure out the source and location of the gunshots.

Throughout the footage, the rapid fire of gunshots is heard and police are seen taking cover behind concrete structures.

McMahill said one of the officers got shot. The next video is blurred by a yellow reflective vest on the officer wearing the camera.

McMahill said this officer is standing over a woman, but her condition is unclear. The video ends with officers trying to get concertgoers out of the venue.

In the video, the lead officer tells his unit to stay down, and then the footage picks up with officers hunkered down by a patrol vehicle outside the venue.

Stephen Paddock, 64, fired down from his hotel room on the 32nd floor of the hotel onto a country music concert. Authorities said 58 people were killed and more than 500 were injured.