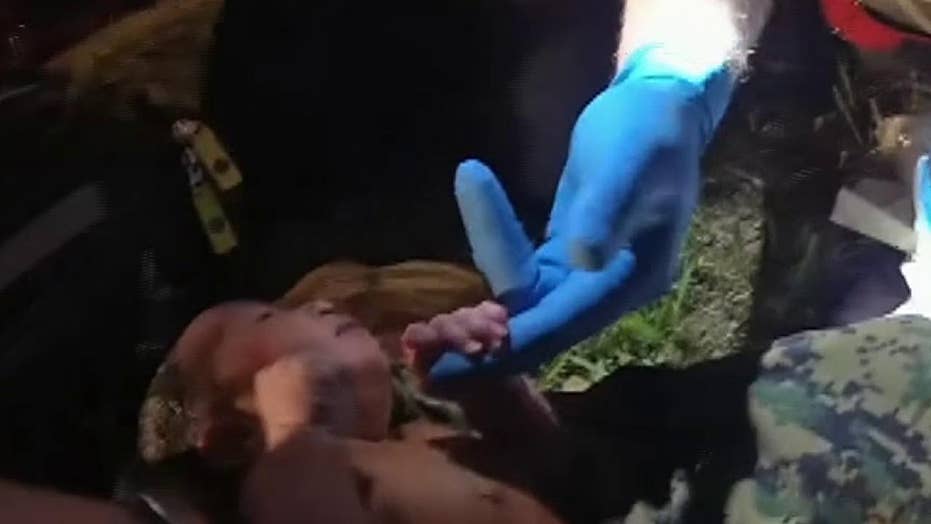 The Forsyth County Sheriff's Office has released this footage in the hopes that someone can help identify the infant they are calling Baby India.

The rescue of a newborn girl who was found alive inside a plastic bag in the Georgia woods was captured on body-cam video, authorities said Tuesday.

The Forsyth County Sheriff’s Office made the video public in the hope that it will generate credible tips in the case of Baby India.

"My kids said, 'That's a baby,' and I said 'That's an animal," a man who reported the noise tells responding deputies.

The video shows deputies tearing open the plastic bag containing the child as she cries. Then, they wrap her in a blanket to keep her warm.

Authorities said Tuesday that Baby India "is thriving and is in the care of the Georgia Department of Family and Children Services".

Officials are asking the public to share any knowledge of a woman in the late stages of pregnancy who may have given birth to the baby. Under Georgia law, a mother who does not want a baby can hand the child over to law enforcement officers in a designated area, such as a police department or fire station.

"We release this footage in hopes to receive credible information on the identity of Baby India and to show how important it is to find closure in this case," the sheriff's office said.