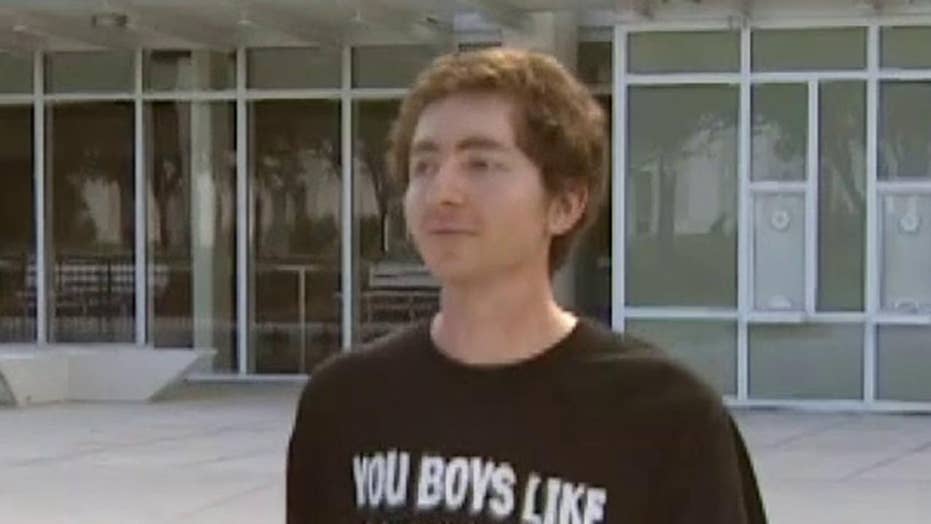 Officers in Florida on Monday thought a digital graduation cap decoration could be an explosive device and took the necessary precautions, campus police told Fox News.

Can Cevik, a computer engineering student at Florida International University, decorated his graduation cap with an open-source micro-controller board that displayed the message "FIU 2019," WSVN reported.

On his Instagram page, Cevik described a micro-controller, powered by a nine-volt battery, as "like a small programmable computer."

He wrote that as he was about to pass through security to attend his college graduation, police stopped him "for what they saw on my graduation cap."

He added that security assumed the worst: His cap and cellphone briefly were seized.

"He tells me to put it on the floor and instantly back away from it," Cevik told the Miami-area TV station, adding that the officer also ordered him to empty his pockets.

Cevik wrote on Instagram that "all of a sudden," security was "leading people away from the local vicinity." Campus police told Fox News everyone was asked to move away from Cevik but no one was evacuated from the building.

"I thought I'd try something different," Cevik told the television station. "It wasn't intended to be harmful in any way — just as a small creative project that I just wanted to show off at graduation."

"While students think these things look innocent, they have the potential to scare people and cause panic and so you just want to be more careful," FIU Police Capt. Delrish Moss told Fox News.

He added that in this case, "it was very innocent and the young man was very cooperative."

He said people were more curious about the police activity but "there was no panic."

Cevik said after he had explained the whole situation he was told "not to do this again" and was given a new cap.

He added that his graduation cap and the micro-controller were destroyed.

"Despite not getting $20 worth of electronics back, I appreciate the work put in by the police to ensure everyone was safe as well as their continued work to keep the community safe," Cevik wrote on Instagram.

After a few minutes, he was able to attend his graduation and "everything was back to normal."

Moss told Fox News that the scare did not delay the graduation ceremony. He said Cevik didn't face any disciplinary action and "was able to graduate without any problems."

Cevik apologized to police in Miami, writing he "didn’t mean to scare/hurt anyone."