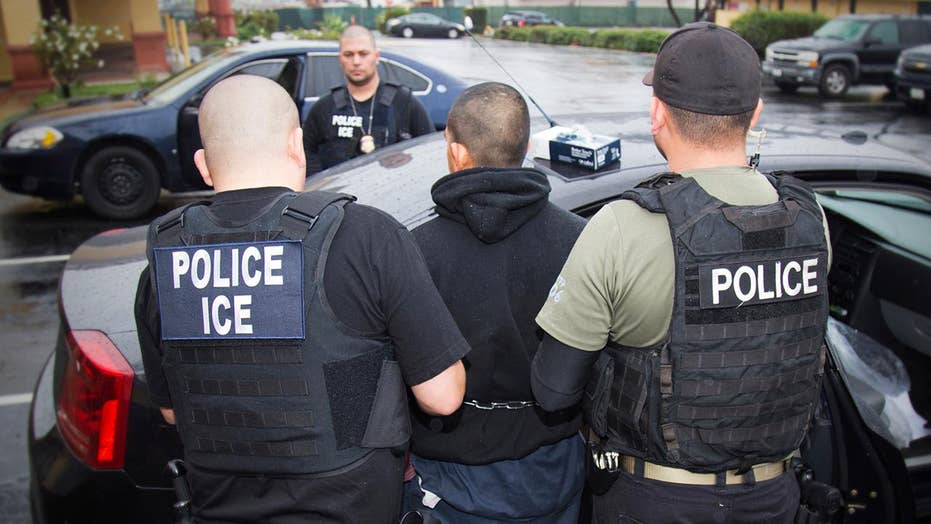 An illegal immigrant captured in Texas and being deported back to his native Romania escaped from the custody of ICE agents at Chicago's O'Hare International Airport earlier this month, according to reports.

Radu Anghel, 32, got away from two agents from U.S. Immigration and Customs Enforcement after requesting to use a restroom, the reports said.

His escape was seen on surveillance video, which also captured Anghel hailing a cab and riding away from the airport. He remains at large, the reports said.

Chicago police assisted ICE in trying to recapture Anghel before he left but were unsuccessful, the Chicago Tribune reported.

The incident occurred June 10, just 11 days before new Chicago Mayor Lori Lightfoot, who took office in May, announced plans for the city’s police department to no longer cooperate with federal immigration authorities.

“We are all aware of the threat from President Trump regarding raids by ICE, and in response, Chicago has taken concrete steps to support our immigrant communities,” Lightfoot wrote last Friday in a series of tweets explaining the city’s new policy.

After President Trump called off planned ICE raids around the nation on Saturday, Lightfoot visited some of Chicago’s immigrant neighborhoods and distributed “Know your rights” pamphlets, the Tribune reported.

Trump issued a Twitter message saying the raids were postponed “at the request of Democrats,” in hopes of negotiating with Republicans on revisions to existing “Asylum and Loophole” problems at the U.S.-Mexico border.

According to Chicago’s WMAQ-TV, Anghel was initially deported in February after his arrest for overstaying a temporary worker visa. But he was arrested again May 10, in the border town of Roma, Texas, where he would stay until his planned deportation June 10.

He was being escorted through the Chicago airport as part of his deportation back to Romania when he escaped, reports said.

It was unclear whether the two ICE agents would be disciplined or whether Anghel was handcuffed while being transported, according to WMAQ.