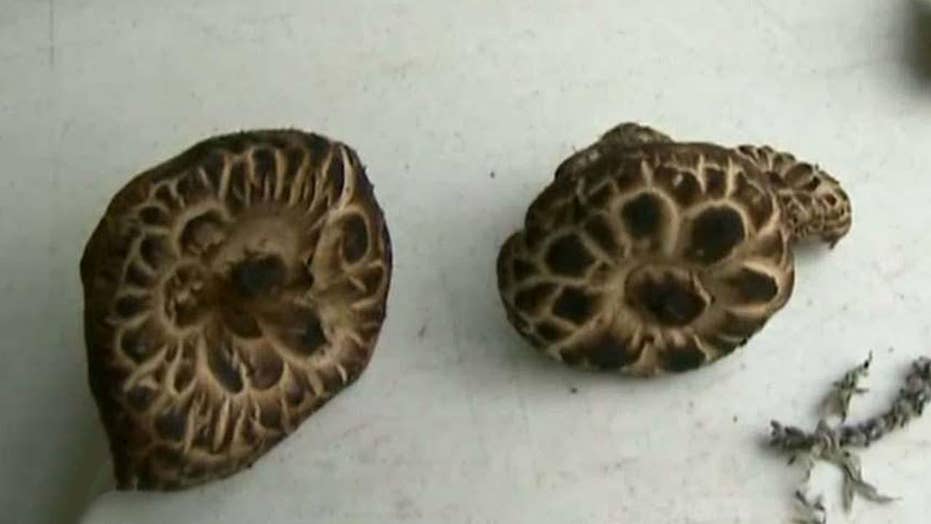 Voters in Denver to decide on decriminalizing 'magic mushrooms'

Supporters of the legislation say 'magic mushrooms' can benefit people with mental illness; critics say the measure would have a negative effect on Denver's reputation.

Voters in Denver, Colorado will decide this week whether to become the first U.S. city to decriminalize the use of "magic mushrooms."

The initiative, led by Decriminalize Denver, a movement focused on making the mushrooms legal, will appear on municipal election ballots on Tuesday. That comes after the group received almost double the number of signatures required in favor of the push earlier this year.

OPINION: POT IS ALREADY LEGAL IN LOTS OF PLACES — NOW WE NEED STRONG WARNING LABELS TO KEEP THE PUBLIC SAFE

The measure would make the personal use and possession of psilocybin mushrooms by those 21 years of age or older Denver's "lowest law-enforcement priority," according to the measure's language. It would not legalize psilocybin or permit its sale by Denver's cannabis businesses.

Psilocybin, often referred to as "magic mushrooms," is a "hallucinogenic chemical obtained from certain types of fresh and dried mushrooms." Federally illegal in the U.S. since 1968, psilocybin is categorized by the Drug Enforcement Administration (DEA) under "Schedule I," along with drugs like heroin, marijuana and LSD.

The government states that Schedule I drugs have "no currently accepted medical use and a high potential for abuse."

Medical researchers have found the substance can be used to help treat anxiety and depression in cancer patients. Those studies were small and closely supervised but the preliminary results gave researchers hope that psychedelic drugs could be used to treat cancer, anxiety and post-traumatic stress disorder.

Between 2016 and 2018, her office referred only 11 of the more than 9,000 drug cases involving psilocybin for possible prosecution. Prosecutors filed charges of possession with intent to manufacture or distribute in three of those cases.