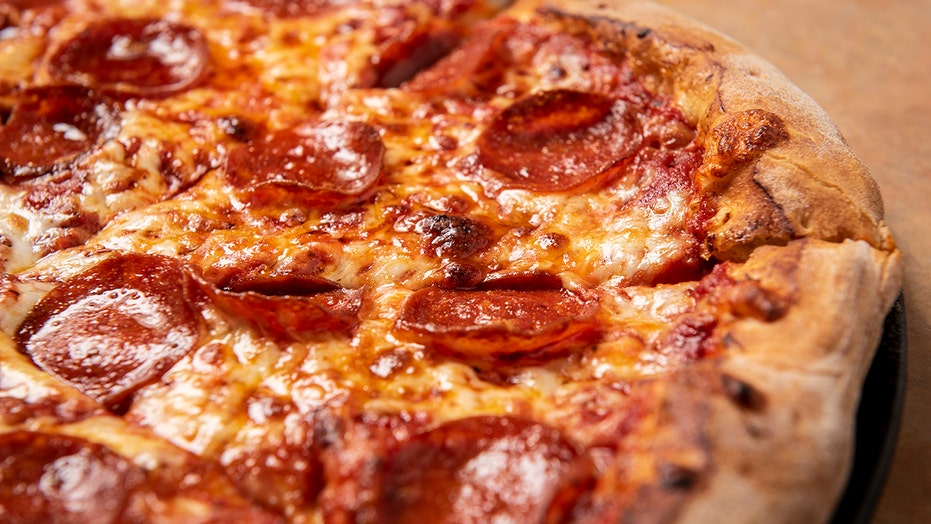 A crook looking for some dough got served up something else when trying to hold up a pizza shop in Delaware on Friday.

Delaware State Police said they are searching for a man who attempted to rob Stargate Pizza in Sussex County, and only fled after the owner flung pizza at him.

Officials said they received a call about the incident in Greenwood at 10:30 p.m.

The owner told troopers that while he was closing his business for the night, a man with a machete approached him and demanded money.

A man attempted to rob a pizza shop in Delaware with a machete on Friday, only to have the owner throw a pizza at him, according to state police. (iStock)

"The store owner advised the suspect that he did not have any money and threw a pizza at him, causing the suspect to flee," state police said.

The suspect then ran from the scene and got into a vehicle, driving off northbound on Sussex Highway.

The store owner did not sustain any injuries during the incident.