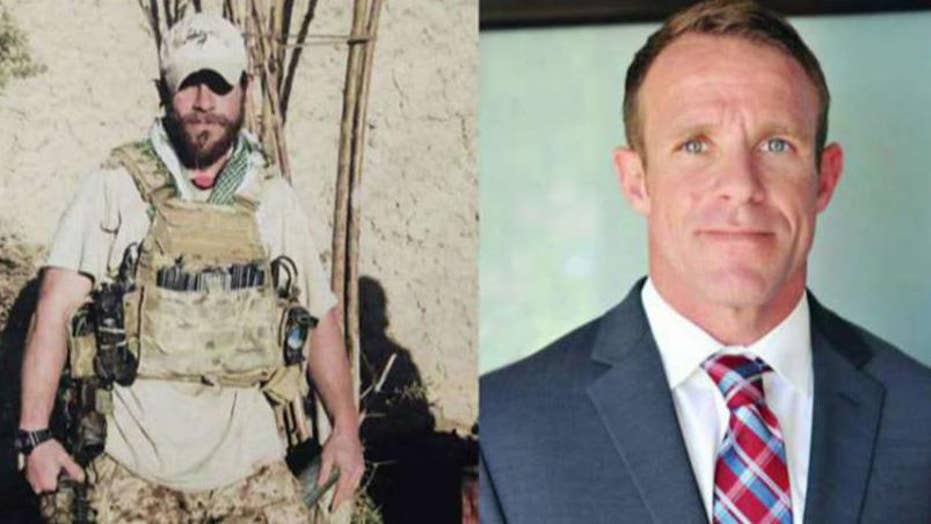 The decorated Navy SEAL leader alleged to have killed an injured ISIS prisoner of war in Iraq will have Friday – for the first time in months -- the “ability to refute the false claims made about him in front of a judge”, his brother told Fox News.

Special Operations Chief Edward "Eddie" Gallagher is set to appear at an arraignment hearing around noon E.T. at the Naval Base San Diego Court House following claims from the Naval Criminal Investigative Service that he repeatedly plunged a knife into the bloody, wounded body of a young ISIS fighter and fired sniper rounds at innocent civilians during his time spent in Iraq.

“Today's arraignment is the first time in four months since he was arrested on 9/11 that he will have the ability to refute the false claims made about him in front of a judge,” Sean Gallagher, his brother, told Fox News in a statement.

“He's missed Christmas. He's missed Thanksgiving. He has a wife and three children that he loves deeply and that miss him sorely,” Gallagher added. “We're asking for the Navy to see the error of their ways and right the wrong that has been perpetrated against a decorated war hero.”

Sean Gallagher, right, says he believes his brother has been falsely accused and is calling on President Trump for help. “We are really thankful that this time in history we have a president that we are hoping can come to our assistance that would look at the grievous nature of his treatment of the abuse of power by NCIS and prosecutors and come to our aid," he said in a recent interview with 'Fox &amp; Friends'. (Courtesy Sean Gallagher)

The 39-year-old and married father of three has remained jailed in a Navy brig in California as his case heads to a trial.

Gallagher’s lawyer, Phil Stackhouse, told Fox News that his client will be entering not guilty pleas Friday against the charges that face him, which include premeditated murder and aggravated assault. If convicted, according to the Associated Press, Gallagher could face life in prison.

“Additionally, we will be requesting that he be released from pre-trial confinement,” Stackhouse told Fox News in an e-mail.

AMERICANS SHOULD BE 'OUTRAGED' OVER GALLAGHER'S PLIGHT, BROTHER SAYS

The NCIS said Friday that it does “not comment on investigations that are pending adjudication.”

Sean Gallagher, in late November, accused the investigators behind the claims of trying to “take down” an “elite warrior” so they can advance their own careers.

He fought in Iraq and Afghanistan several times, but it was during Gallagher’s last combat deployment in 2017 he lost his way, prosecutors say, and “decided to act like the monster the terrorists accuse us of being.”