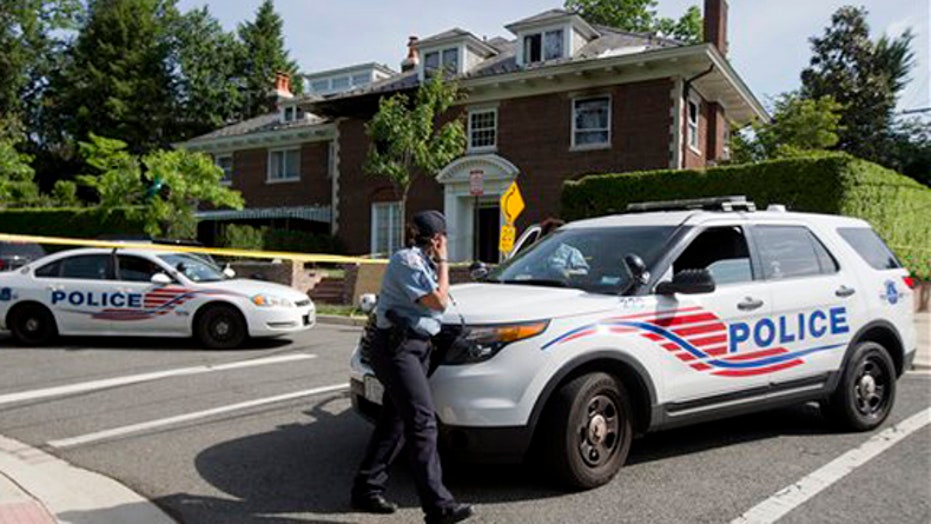 Daron Dylon Wint due in DC superior court for arraignment

Washington D.C. police said Sunday that they had released four people who were arrested earlier this week in connection with a quadruple murder in an upscale neighborhood of the nation's capital.

Police did not identify the four people or say how long they were detained.

Daron Wint, 34, remains the only person who has been charged in connection with the deaths of 46-year-old corporate executive Savvas Savopoulos, his wife Amy, their son Philip, and housekeeper Veralicia Figueroa. All four were found dead in the burning Savopoulos family home in northwest Washington on the afternoon of May 14 after being held for at least 18 hours prior to their deaths.

Wint and the others were arrested Thursday, approximately 24 hours after authorities identified Wint as the main suspect in the case. Police and prosecutors believe that Wint had help from others in holding the Savopouloses captive, but no other suspects have been identified.

During their ordeal, Savvas Savopoulos and his wife told others to stay away — even ordering a pizza deliverer to leave two pies at the door — as they frantically arranged for $40,000 in cash to be dropped off at the home.

But once the money was left on the seat of a sports car in the family's garage, authorities sayWint struck and stabbed Savvas Savopoulos, the CEO of the American Iron Works company where he had once worked as a welder, according to a charging document.

Authorities said the three other victims also were killed before the house was set on fire with matches and a flammable liquid.