Kentucky Attorney General Daniel Cameron fired back at critics Thursday after he was repeatedly attacked as a race traitor for his handling of the Breonna Taylor shooting investigation.

"It is so unfortunate that because I have a different political philosophy and because of my role as the attorney general and as the special prosecutor in the Breonna Taylor investigation, because I led with the facts and the truth and had that lead to the conclusion, somehow I betrayed my race," Cameron told "Tucker Carlson Tonight."

Cameron, who is Black, was thrust into the national spotlight last week after he announced that a Jefferson County grand jury would bring no murder charges against three Louisville police officers in connection with Taylor's death. His announcement prompted harsh attacks from celebrities and mainstream media outlets, who were quick to label him "a sell-out," and a "hollow skull."

One activist who co-founded the Women's March told Cameron that he was "used by the system to harm your own mama." Beyonce, George Clooney, Jennifer Aniston, and comedian D.L. Hughley have all shared their distaste for Cameron's words and actions following the indictment this week.

"It is repugnant, it is so disappointing, but it's par for the course," Cameron told host Tucker Carlson Thursday. "Anytime someone stands for the truth, and when that truth is different from a narrative that has been pushed by others, this is how they respond."

Cameron added he decided to finally address the personal attacks to show "that enough is enough." 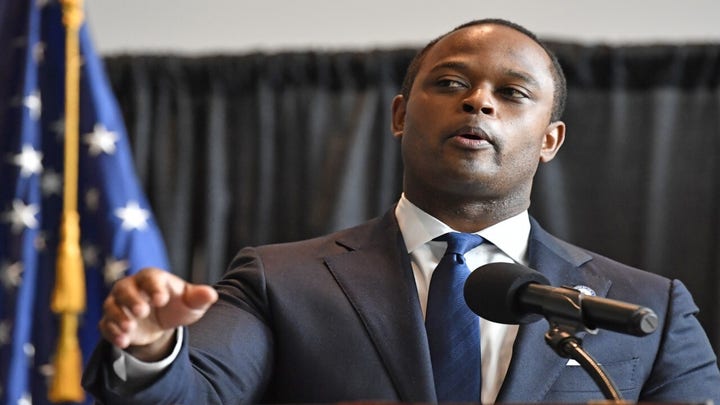 The 34-year-old made history last year when he was elected the commonwealth’s first Black attorney general. He is also the first Republican to hold the position in more than 70 years.

CANDANCE OWENS: CAMERON RACIALLY ATTACKED BY LEFT BECAUSE HE DOESN'T FIT THEIR 'PROTOTYPE'

"Black Republicans, folks that believe in the truth ... we are going to stand up," he vowed. "That's what I did in presenting all of the information to the grand jury in the Breonna Taylor investigation, and that is what I'm charged to do. It is my responsibility to be attorney general of the Commonwealth of Kentucky."

Brett Hankison, who was fired from the Louisville Metro Police Department in June, faces three counts of first-degree wanton endangerment for allegedly firing bullets that entered several nearby apartment units belonging to Taylor's neighbors. No charges were filed against Sgt. Johnathan Mattingly and Detective Myles Cosgrove, the other two officers in the March 13 drug raid that resulted in Taylor's death.

"The tragedy is that Breonna Taylor was in the hallway ... and was hit.," Cameron said, but "the tragedy doesn't allow for me to not present facts and truth -- and that's what we've done here."