Cameron, who is Black, was thrust into the national spotlight on Wednesday after he announced that no murder charges would be brought against Louisville police officers in connection with Taylor's death, prompting attacks from celebrities and mainstream media outlets.

"For me, it's absolutely infuriating to watch," Owens told host Tucker Carlson. "I've been on the receiving end of the same sort of attacks. Here's what's so fundamentally wrong and backwards about it ... if you actually look at what they are saying and what the deeper implications are here, it's there is a right way, a correct way and a wrong way to be Black.

"Ironically Tucker, that's the very definition of racism," she added, "and it's coming from the liberals who like to say that they see racism everywhere but they can't recognize it when it's coming out of their own mouth."

Cameron, 34, made history last year when he was elected the commonwealth’s first Black attorney general. He is also the first Republican to hold the position in more than 70 years. 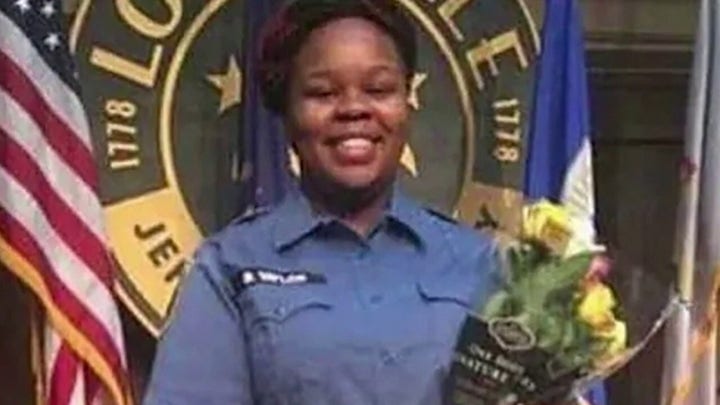 "I've often said the Democrat Party has built almost a prototype of what it means to be a Black American," Owens said. " You must vote Democrat ... you must react emotionally and not rationally ... we must be faithful and abide by icons like 'King' Lebron James and 'Queen' Beyonce."

At a news conference Wednesday, attempted to mitigate the emotions of the Taylor case, which drew national attention in the wake of the death of George Floyd in Minneapolis police custody this past May.

“There will be celebrities, influencers and activists who having never lived in Kentucky will try to tell us how to feel, suggesting they understand the facts of this case, that they know our community and the Commonwealth better than we do, but they don’t," Cameron said.

On Thursday, Owens said Cameron "did the right thing by ignoring the various pressures coming from culture and the mainstream media and for that you are seeing him being socially lynched and stripped of his identity because he acted professionally and rationally.

"This guy should be commended by both sides," she added, "and instead he’s being attacked racially by the left."