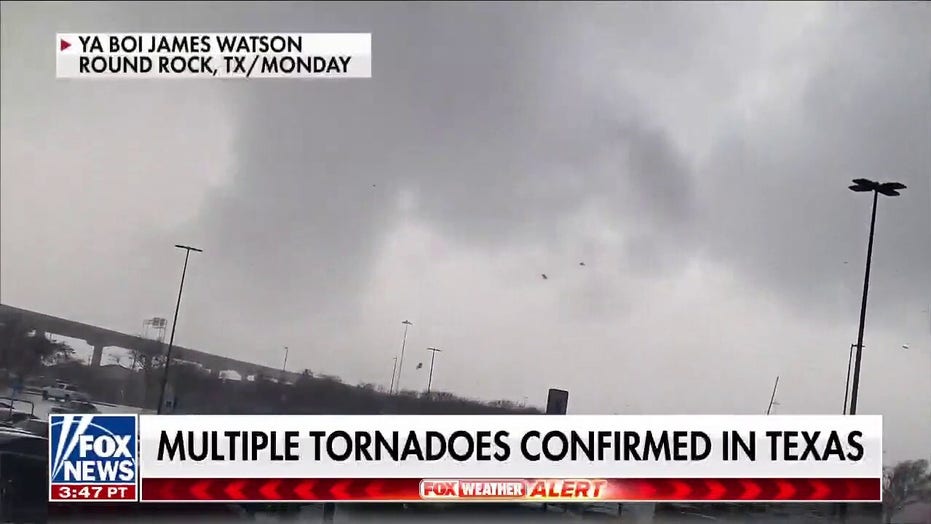 After over a dozen reports of tornadoes in Texas on Monday, another round of strong-to-severe storms will threaten the Gulf Coast states on Tuesday and from Florida up into the mid-Atlantic on Wednesday.

Large hail, damaging winds, heavy rainfall with the risk of flash flooding and additional tornadoes will all be possible.

Snow will fall to the west and north of the system across the upper Midwest and Great Lakes.

Meanwhile, the heat will build across the West mid-week.

Temperatures will be 15-20 above average, especially for the interior valleys of California.

Fire danger will increase on Wednesday for the southern Plains.