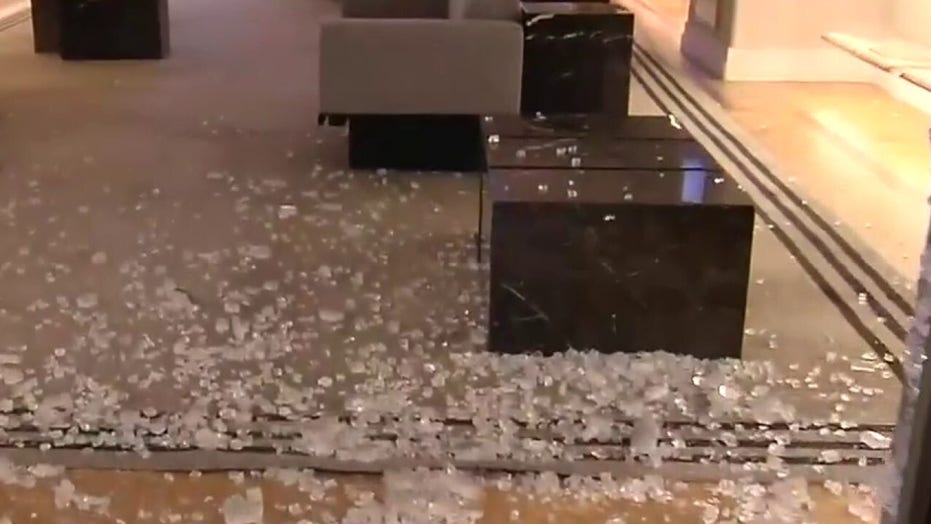 New York Gov. Andrew Cuomo on Tuesday slammed New York City Mayor Bill de Blasio's handling of riots in his city, calling it a "disgrace" and saying he has the power to "displace" the mayor -- although doesn't want to at this point.

"The NYPD and the mayor did not do their job last night, I believe that," Cuomo said of the mayor.

Cuomo spoke after another night of devastation in the Big Apple, after protests in response to the death of George Floyd again devolved into riots and looting. The New York City Police Department tells Fox News that 700 arrests were made overnight. A half dozen police officers were injured, while at least six police vehicles were vandalized.

Cuomo said at a press conference that the mayor "underestimates" the scope and duration of the problem, suggesting he needs to deploy more police.

"You have 38,000 NYPD people, it is the largest police department in the United States of America," he said. "Use 38,000 people and protect property. Use the police, protect property and people. Look at the videos, it was a disgrace."

In an extraordinary statement, he went on to say his "option is to displace the mayor ... bring in the National Guard" and essentially "take over." However, he said, "I don't think we're at that point."

Cuomo was responding, in part, to calls from President Trump for him to accept his offer of a "dominating National Guard."

"New York was lost to the looters, thugs, Radical Left, and all others forms of Lowlife & Scum. The Governor refuses to accept my offer of a dominating National Guard," Trump tweeted. "NYC was ripped to pieces."

De Blasio earlier Tuesday announced that the city’s curfew will be extended through the end of the week following yet another night of looting, destruction and “vicious attacks on police officers.”

The decision to order residents to stay indoors from 8 p.m. to 5 a.m. comes as De Blasio simultaneously urged local community leaders to “not let outsiders attack” by stepping forward, creating peace and taking charge of their neighborhoods. The Democrat's administration so far has failed to stop roving bands of looters from ransacking everything from chain stores to mom-and-pop businesses in recent days. 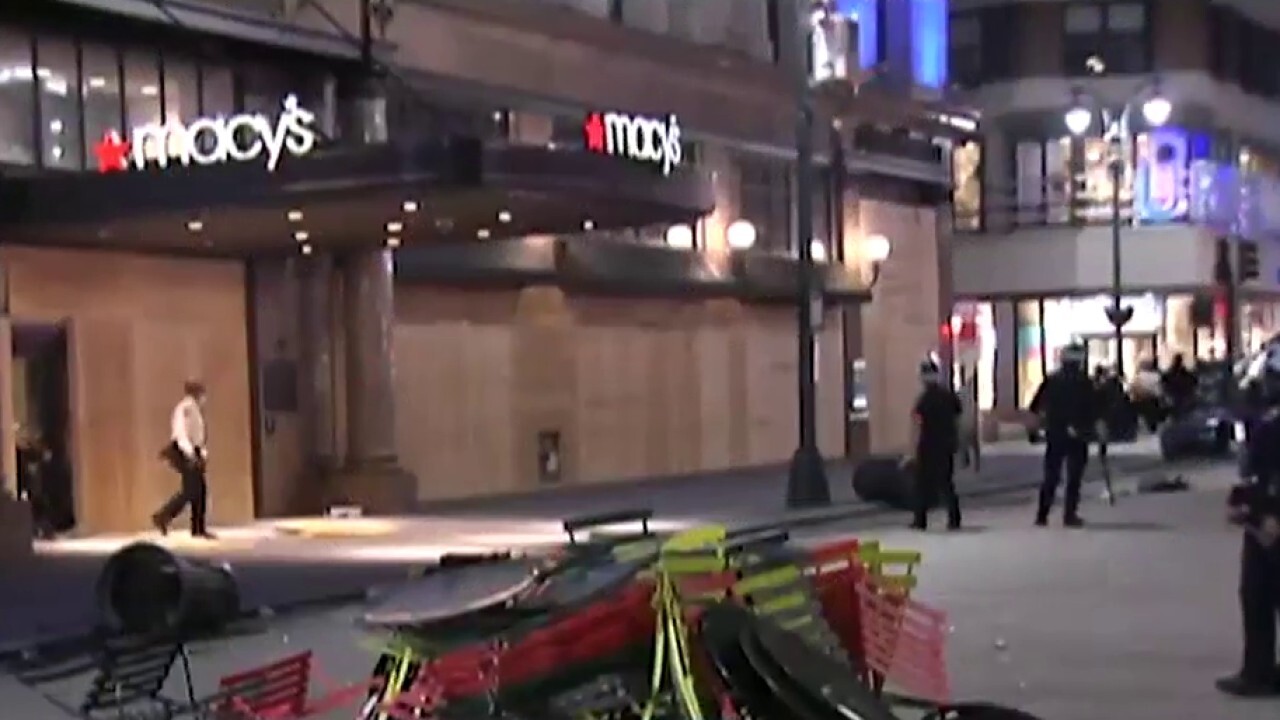 “We are going to ensure there are additional NYPD resources where they are needed,” de Blasio told reporters Tuesday while announcing the curfew extension. “We are going to work actively and strategically to stop any disorder, but again community leaders need to be a part of this effort.”

When de Blasio was asked by a reporter if he intends to call in the National Guard for help – as many governors across the U.S. have done in hopes to quell rioting linked to George Floyd demonstrations – he poured cold water on the idea.

“We do not need, nor do we think it is wise for the National Guard to be in New York City. Nor any armed forces,” he said. “When outside armed forces go into communities no good comes of it.”

New York City implemented its first curfew in decades Monday night around 11 p.m. But before that even went into effect, the looting was well underway, particularly in the Manhattan and Bronx boroughs. 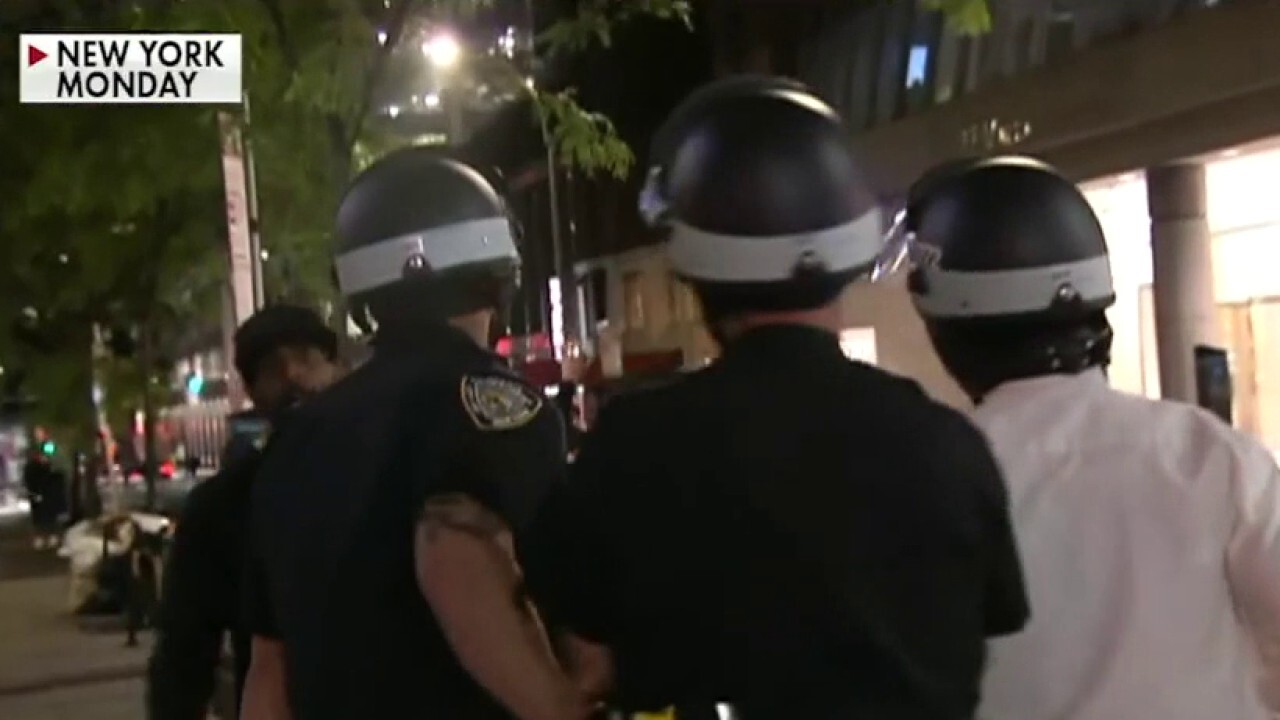 In addition to the looting that took place in New York City overnight, in the Bronx, a shocking video posted on social media showed an officer being struck by a vehicle in what appeared to be a deliberate hit-and-run. NYPD officials say the victim was a sergeant who is now in serious but stable condition at a local hospital. 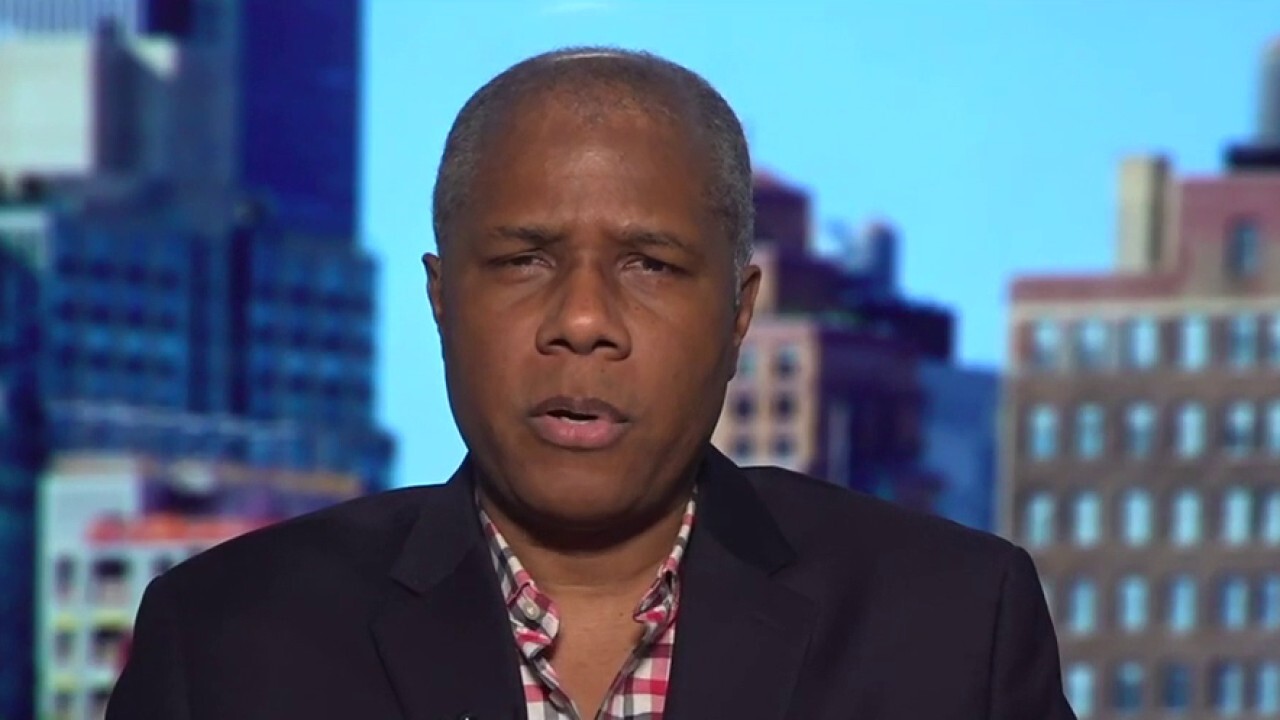 In another video out of the Bronx, curfew-defying looters beat a cop to the ground in a disturbing scene.

“We saw vicious attacks on police officers, that is wholly unacceptable. It does not represent the people of this city,” de Blasio said Tuesday during his press conference while slamming his fist on his desk to emphasize his point.

“Anyone who attacks a police officer attacks all of us. I want to be abundantly clear about that,” he added.

De Blasio – who has a tumultuous relationship with the city’s police unions – also urged New Yorkers to show cops their support.

“NYPD leadership and NYPD officers every single day are trying to make things better. Is everyone perfect? No. There are some people who should not be in the police force, I’ve said that before and we will do that work,” he said. “But the overwhelming majority of our officers are standing up for us every single day, protecting us every single day. They need our respect and support right now. They are in so many ways holding this city together right now, which is exactly what we want in a democracy.”

NYPD Commissioner Dermot Shea, speaking to residents concerned about the current state of the Big Apple, also pledged that his rank-and-file will be out there to protect.