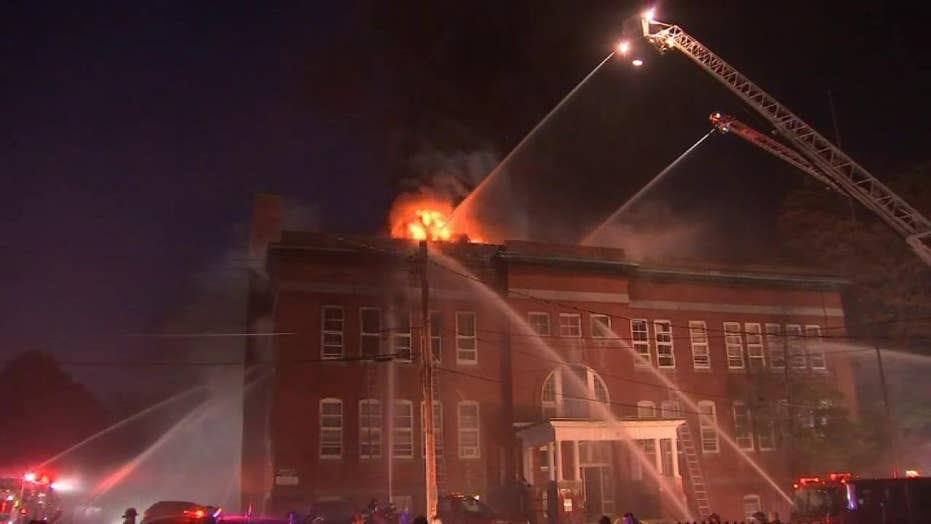 Rescue crews digging through the rubble of a Massachusetts condominium that mysteriously went up in flames Sunday evening found a man’s body, two explosives, and several propane tanks, according to Monday reports.

Crews stopped demolishing the building in Fitchburg -- about 55 miles west of Boston -- after discovering a body on the third floor beneath a collapsed section of roofing, Boston’s WFXT reported.

The discovery was confirmed by Worcester District Attorney Joseph D. Early at a Monday press conference.

“The cause and origin of the fire has yet to be determined although we did locate two improvised explosives, also known as IEDs, in the apartment,” Early said. “It appeared that whoever put them together knew what they were doing.”

The remains were taken to a chief medical examiner, who will conduct an autopsy, WFXT reported. The victim’s identity and the causes of the fire remain unclear.

Early said authorities are investigating reports that a resident of the apartment was facing eviction.

“We did make calls to his former place of employment to give them notification, in an abundance of caution,” he said.

Neighbors cited by WFXT reported hearing an explosion before the condo went up in flames around 6 p.m.

At least 60 people were displaced while crews worked through the night to battle the flames, The Republican reported. Billows of smoke, meanwhile, could reportedly be seen from miles away for fours.

The Worcester District Attorney’s Office and the State Fire Marshal’s Office are working with local police and firefighters in the investigation.