Marine veteran James Kilcer took matters into his own hands when he witnessed a robbery attempt at an Arizona gas station.

Fox News Digital was on-scene for the biggest crime stories of the year – including some of the wildest moments caught on camera.

Here are five of the craziest crime videos of 2021:

Darrell Brooks, the suspect accused of killing six people and injuring 62 after allegedly driving his car into revelers at a Christmas parade in Wisconsin, was caught on video on Nov. 21 asking a Waukesha homeowner for help prior to his arrest.

The Ring doorbell camera footage from the home of Daniel Rider – which Fox News has obtained – was recorded about 20 minutes after Brooks allegedly drove through the parade. 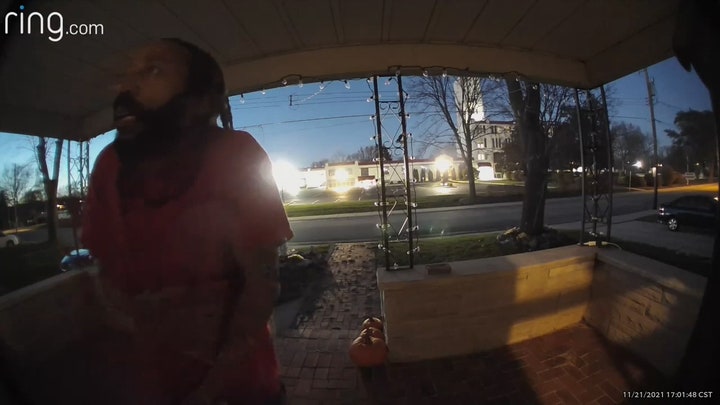 "Hey, I called an Uber and I’m supposed to be waiting for it over here but I don’t know when it’s coming, can you call it for me please?" Brooks says in the footage after knocking on Rider’s door. "I’m homeless."

Rider said he was watching football at the time of the attack and allowed Brooks inside to let him use his phone.

"All of a sudden, I look outside my street and I see a few cop cars drive by and I'm getting extra nervous," Rider reportedly said.

The Waukesha resident said he then asked Brooks to leave – which he did – but Brooks came back a second time, claiming he left his ID inside the home, another clip shows.

Seconds later, police arrive at the doorstep to take Brooks into custody.

A Florida woman was charged with driving under the influence and other crimes after leading a local police department on a chase that went through a golf course. 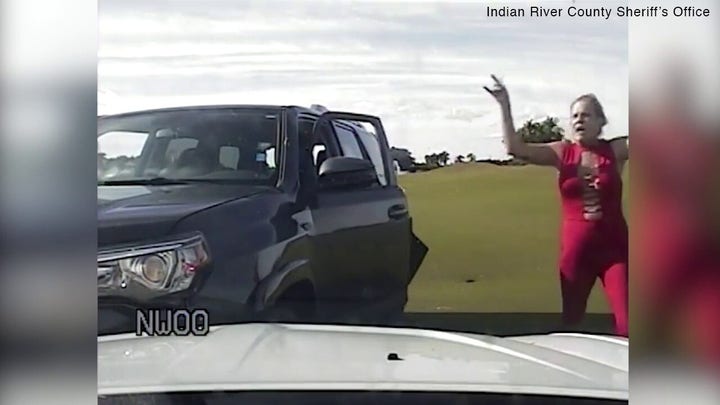 According to the Indian River County Sheriff's Office, Harvey broke through a gate at the golf course which allowed her to drive throughout the property.

Golfers can be seen in the dash cam footage running away from the vehicle as she drove through the golf course.

After getting out of the vehicle, Harvey can be seen using her cellphone before being arrested.

A U.S. Marine Corps veteran in Arizona was caught on video single-handedly disarming a gun-wielding juvenile who was attempting to rob a gas station in October.

The incident happened at around 4:30 a.m. inside the convenience store at a Chevron gas station, the Yuma County Sheriff’s Office said.

The sheriff’s office released surveillance footage from inside the store that shows three suspects entering the Chevron – with one suspect brandishing a handgun.

The armed suspect walks next to a lone store customer while pointing the weapon toward the cashier, according to the 8-second video clip. The customer acts immediately, lunging at the armed suspect.

Kilcer told "America's Newsroom" following the incident that he takes his personal safety, and the safety of others, "very seriously." He also has accepted an award from the Yuma County Sheriff’s Office for this "extraordinary heroism and exceptional courage." 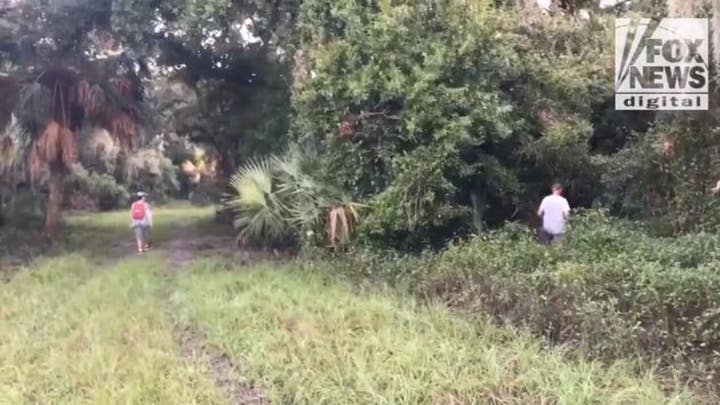 The parents of Brian Laundrie, who was named a person of interest in the disappearance and subsequent homicide of his fiancée, Gabby Petito, were filmed by Fox News Digital discovering a bag at the park where their son ultimately was found dead in October.

Chris and Roberta Laundrie discovered the white bag and a dark-colored object inside the Myakkahatchee Creek Environmental Park in Sarasota County after traveling through a patch of brambles at the edge of the brush at a clearing. They then could be seen putting the object into the bag and handing it over to a law enforcement officer shortly thereafter.

Another worldwide exclusive, video obtained by Fox News Digital showed the Laundries and the law enforcement officer huddling and speaking as the officer appears to show the couple an unknown discovery. The officer appeared to tell the parents: "I think we might have found something."

In one captured in June, a man on a bicycle is seen filling up a garbage bag with items inside a Walgreens and leaving the store without being stopped. 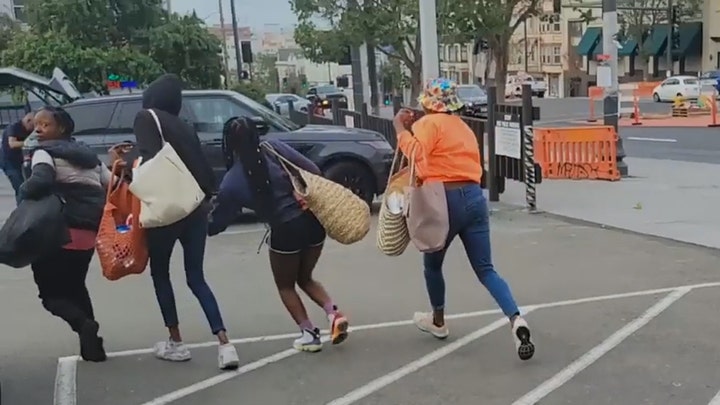 A separate video recorded in July showed a group of women running out of a San Francisco CVS Pharmacy with bags allegedly stuffed full of stolen items.