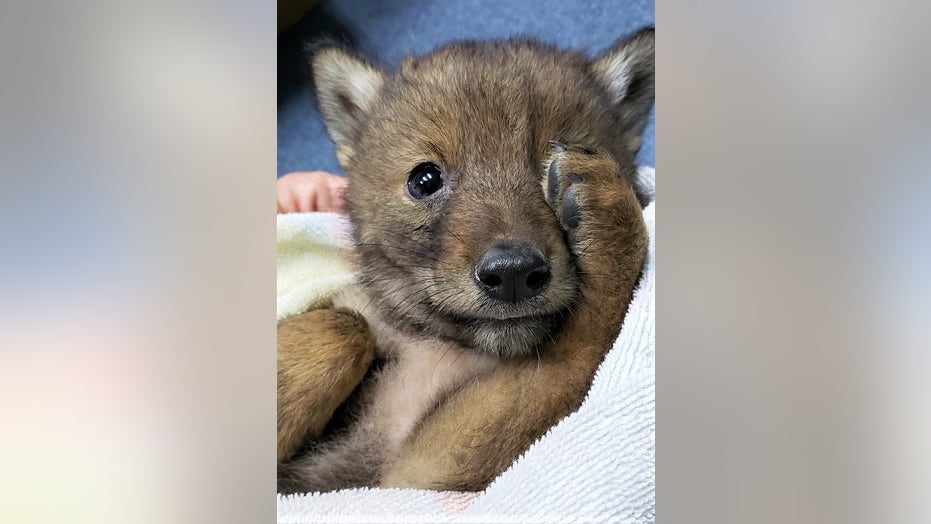 A Massachusetts state trooper was in for a surprise earlier this month when the "wounded dog" he tried to rescue turned out to be a coyote pup.

Trooper Carlo Mastromattei responded to a call on May 5 about the animal on the side of a road in Revere, a city roughly 5 miles north of Boston, state police wrote on Facebook.

Trooper Carlo Mastromattei discovered a coyote pup when he responded to a call about a wounded dog earlier this month. (Massachusetts State Police)

When Mastromattei arrived, he spotted the animal on a busy parkway. Instead of a dog, he "saw a small frightened, solitary coyote pup. The pup's mother was nowhere in sight."

The trooper contacted various agencies before calling Ocean View Kennels — the owner of which came to help Mastromattei rescue the pup, placing him in a crate.

Officials said that the pup was spotted on the edge of a busy parkway and the mother was nowhere to be found. (Massachusetts State Police)

As state police said, "the baby coyote's adventure was far from over." Mastromattei took the coyote pup home, where it stayed with the trooper and his girlfriend.

The following day, the coyote was transported to Tufts Wildlife Clinic in Grafton, "where he was examined and determined to be healthy," officials said.

The pup was scheduled to be transferred to a wildlife specialist in the Berkshires to be rehabilitated and later released in the wild.