How will California's stay at home order be enforced?

40 million Californians are being told to stay home to stop the spread of coronavirus and keep hospitals from being overwhelmed; Jonathan Serrie reports from Atlanta.

Nearly two dozen people were issued citations at a beach on Friday for violating California's stay-at-home order meant to slow the spread of coronavirus in the state, according to officials.

The San Diego County Sheriff's Office said Saturday the tickets were issued to 22 people who were "watching the sunset, having picnics near the beach" in Encinitas, located 25 miles north of San Diego.

"It's not that we're trying to be mean or exert unnecessary authority, we're dealing with a crisis at this point," Lt. Amber Baggs from the sheriff's office said in a video released Saturday. "We want compliance from everybody because this is lives that we're trying to save."

The sheriff's office tweeted that the state's stay-at-home order means that "everyone is required to stay home except to get food, care for a relative or friend, get necessary health care, or go to an essential job."

Tickets were issued to 22 people who were "watching the sunset, having picnics near the beach" in Encinitas, Calif. on Friday, according to officials. (San Diego County Sheriff's Department)

The violations carry fines up to $1,000 or six months in jail or both, the department said.

"This is a legally enforceable order issued under California law-Govt. Code section 8665," the office said.

Authorities in California are giving out citations to people violating the state's stay-at-home order, which carry fines up to $1,000 or six months in jail or both. (San Diego County Sheriff's Department)

In the video released by the department, Baggs explains that over the past couple of weeks, deputies have gone out on foot and provided "physical copies of the public health order" as well as the executive order to educate community members and businesses.

"Now, we've gotten to the point that we've had to escalate and now we're doing enforcement," she said.

CALIFORNIA’S CORONAVIRUS ‘STAY AT HOME’ ORDER: HERE ARE THE GUIDELINES

According to Baggs, a "large group" of deputies and detectives went out on Friday and conducted enforcement for those violating the order.

Tickets were issued to 22 people who were "watching the sunset, having picnics near the beach" in Encinitas, Calif. on Friday, according to officials. (San Diego County Sheriff's Department)

"These were not recommendations that came down, these were actual orders that our deputies have gotten to the point now to where we will enforce and we're going to continue to be doing enforcement," she explained.

The sheriff's office stressed to residents in Southern California that "complacency is the enemy," and to take social distancing "more seriously" to stop the spread of COVID-19.

"The quicker we can shut down the spread and this pandemic, the quicker that we can all get back to a normal life," Baggs said. 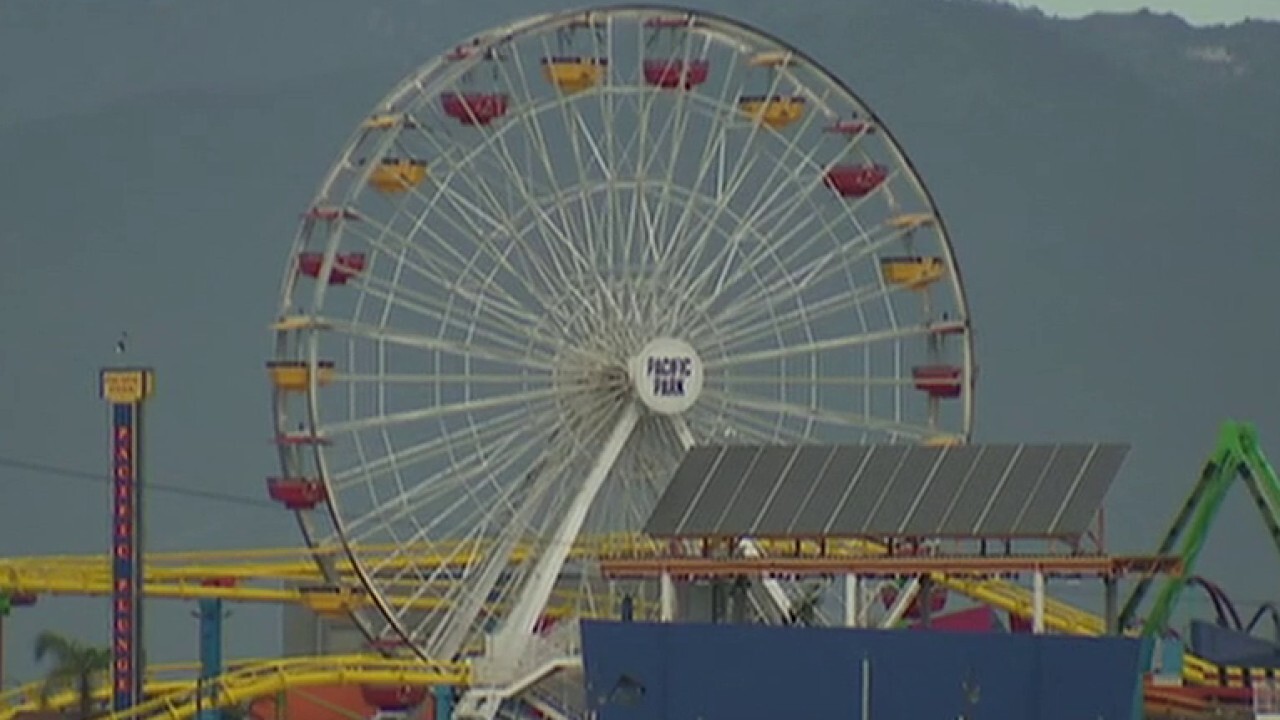 An additional three citations were issued by Sunday afternoon to individuals who were found to be in violation of stay-at-home orders, authorities told City News Service.

As more states have issued stay-at-home orders, questions have been raised about enforcement by law enforcement. A woman in Pennsylvania became the first person to be cited last week for violating that state's stay-at-home order when she was just "going for a drive" after staying put in her home.

As of Monday, there are 15,158 cases of COVID-19 in California, with at least 350 deaths, according to Johns Hopkins University.