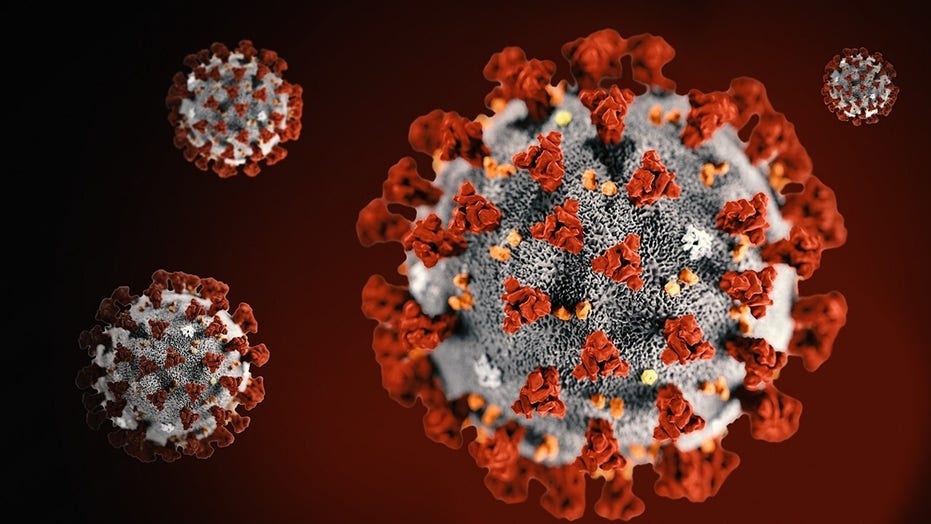 Coronavirus can remain in air for 3 hours, live on plastic for days, new study says

A new study suggests that the novel coronavirus can remain in the air for up to three hours, and live on surfaces such as plastic and stainless steel for up to three days; reaction and analysis from Fox News medical contributor Dr. Marc Siegel.

New York City Mayor Bill de Blasio said Thursday that he wants Broadway events, schools and public transportation to remain open despite a jump in coronavirus cases in the city.

While many of the Democrat's counterparts in other major U.S. cities have already acted against the rapidly spreading COVID-19 outbreak with widespread bans and closures, the mayor said he doesn’t believe New York City is at that level yet.

“We could get there, but we’re not there yet,” de Blasio told reporters Wednesday at a 311 call center in Lower Manhattan.

The city saw confirmed cases increase from 49 to at least 62 on Thursday. There are at least 226 cases in all of New York state.

De Blasio said Thursday that he hoped “to keep as much normalcy in society as possible” and refrain from widespread bans and closures in the city.  (AP)

De Blasio maintained his stance Thursday morning, telling CNN that while there is a need to reduce large gatherings, he wants “to keep as much normalcy in society as possible” by having public events such as Broadway shows to remain open.

“I don’t want to see Broadway go dark if we can avoid it,” de Blasio said Thursday morning. “I want to see if we can strike some kind of balance.”

A part-time usher and security guard who worked at two theaters in recent days tested positive for COVID-19 and is under quarantine, according to the Shubert and Nederlander organizations, Broadway’s largest theater chains.

The mayor also said that he hopes to avoid drastic measures such as shutting the city’s entire public school system or its subways.

A man wearing a protective mask is seen on a subway platform on Monday in New York City.  (Getty Image)

“I’m a believer that we have to be careful not to destroy people’s livelihoods, not to destroy the opportunity for our kids to be in a safe place learning every day in school,” he said. “And yet we’re going to have to introduce more and more restrictions, which we’re certainly going to be doing in New York City today and tomorrow.”

Following the interview, de Blasio said in a statement that two public schools that share a building in the Bronx will close for 24 hours because a student tested positive for COVID-19.

“We don’t make this decision lightly, and we know the disruption and anxiety this means for students, faculty and parents,” the statement said. “We are taking every precaution to keep people safe, and we will keep everyone informed as we learn more through the day.”

The New York subway system has ramped up cleaning measures, disinfecting stations and the inside of train cars twice a day – up from their usual once-per day cleaning, the Metropolitan Transportation Authority said.

The agency said workers are using “CDC-endorsed cleaning products” to sanitize high-touch surfaces such as turnstiles, ticket machines, and handrails.

While de Blasio said he will announce new restrictions on large gatherings in the coming days, leaders in other cities and states across the U.S. have already enacted measures to slow the spread of the infectious disease.

Washington Gov. Jay Inslee imposed a ban on all gatherings of 250 or more in Seattle’s metro area, an order that will lead to the cancelation of concerts, sporting events, large church services, conventions and festivals.

WHAT STATES HAVE DECLARED CORONAVIRUS EMERGENCIES

Seattle Public Schools Superintendent Denise Juneau said all schools would close for at least two weeks for its 53,000 students, calling it “an unprecedented situation.”

San Francisco Mayor London Breed on Wednesday announced a ban on large gatherings of people – including sporting events. City health officials said there are no plans for widespread school closures at this time.

The Golden State Warriors championship banners hang above the seating and basketball court at the Chase Center in San Francisco. The NBA suspended the season Wednesday amid coronavirus fears.  (AP)

Several theater venues in the area have canceled or postponed shows, while the Curran Theater reduced capacity to exactly 1,000 people, KGO-TV reported.

The new coronavirus causes only mild or moderate symptoms such as fever and cough for most people, but for some, especially older adults and people with existing health problems, it can cause more severe illness, including pneumonia.

There have been 36 virus-related deaths in the U.S. and at least 1,300 confirmed cases.