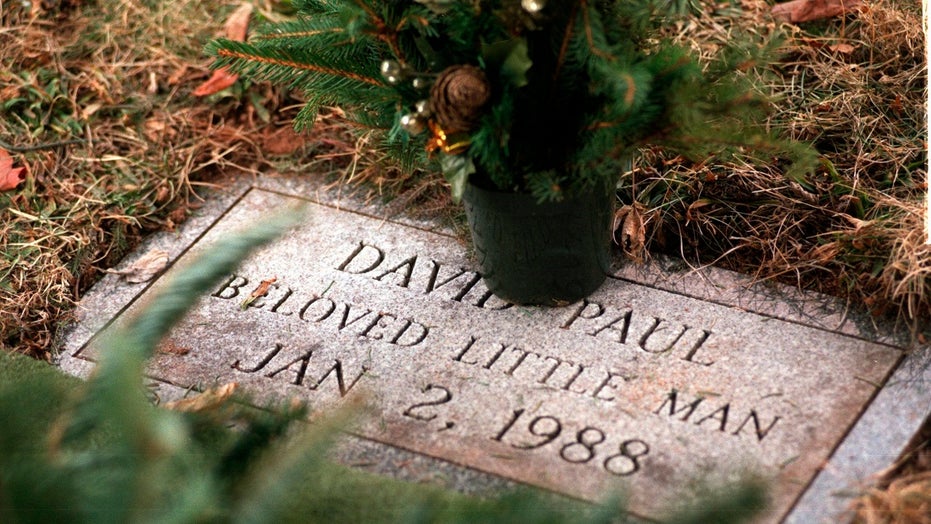 The mother of an infant found frozen to death more than three decades ago in a Connecticut parking lot is not expected to face charges, authorities said Tuesday.

Roche was 25 when the baby boy was found wrapped in blankets on Jan. 2, 1988. Investigators believe the child was left in the parking lot for five days in subzero temperatures before he was found.

TEXAS TODDLER LEFT INSIDE CAR THAT 2 MEN STOLE WHILE HIS PARENTS WERE GAMBLING IN GAS STATION: INVESTIGATORS

Meriden, Conn., Police chief Jeffry Cossette announces that the identity of the mother of an abandoned infant found dead in 1988 has been established, during a Tuesday news conference. (Mark Mirko/Hartford Courant via AP)

Cossette said the case was one of manslaughter, which a 20-year statute of limitations. He said Roche is not expected to face criminal charges.

The department identified Roche through DNA testing that identified her distant relatives and led investigators to her home earlier this month. She said she was remorseful for her actions.

“Miss Roche indicated that she had been waiting 32 years for the day in which police would be knocking on her door,” Cossette said.

Local clergy named the infant David Paul after his death.

A January 1998 photo shows the grave of David Paul at Walnut Grove Cemetery in Meriden, Conn. The abandoned newborn infant was found frozen to death in a Meriden parking lot. DNA testing has helped police identify the mother of the infant but she is not expected to face charges because of the age of the crime, authorities announced Tuesday. (Tony Bacewicz/Hartford Courant via AP)

Officials said it appeared Roche called the fire department on Dec. 28, 1987 to report something in the parking lot where the infant was found. She didn't say it was a child.

"She made a huge mistake. She probably thought irrationally that someone would find the baby and save it,'' Rev. Ralph Roy, who named the boy, said in an interview with the Hartford Courant years ago, before he passed.

Investigators believe the father, who was not identified, did not know anything about the baby being abandoned.