"Given the location and time of year that the fire started, it may have been caused by a hunter or a backcountry camper, and possibly by accident," the Forest Service said in a news release, adding that the investigation is ongoing.

The agency said it is still unclear how the East Troublesome Fire started, but that the determination was made based on evidence gathered at the origin of the blaze.

Windy and drought-stricken conditions in Colorado allowed it to spread, coming dangerously close to the town of Estes Park near Rocky Mountain National Park.

The fire was slowed by a late-October snowstorm, but only after more than 350 homes were destroyed.

FILE - A woman takes a walk before evacuating as smoke fills the sky as the East Troublesome Fire burns outside Granby, Colorado, Oct. 22, 2020.  (REUTERS/Jim Urquhart)

According to the Estes Park Trail Gazette, the investigation into the matter is still active.

Currently, Northern Water, Grand County, the Forest Service and the Bureau of Land Management are working to implement approximately 8,000 acres of aerial mulching – the process in which helicopters drop wood chips to help stabilize soil – on federal lands within the East Troublesome Fire burn area.

There are two large active wildfires burning in Colorado, according to the National Interagency Fire Center. 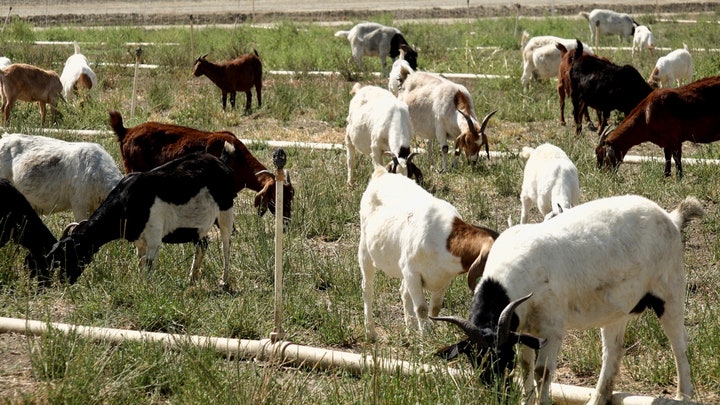 The Plumtaw Fire has spread over 721 acres and is 91% contained.

More than 4,700 wildland firefighters and support personnel continue to work toward containment goals on incidents across the Southwest, Rocky Mountain and California areas.

This year, more than 1.8 million acres have been burned by mainly western wildfires.

Western wildfires have become a year-round threat and scientists and fire experts say they are moving faster and burning hotter than ever due to climate change.