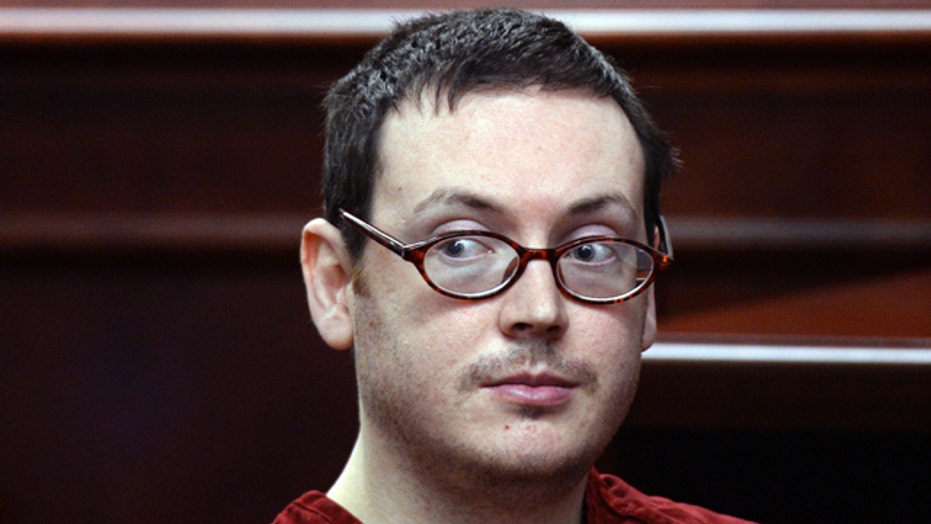 CENTENNIAL, Colo. – Scores of victims of James Holmes' deadly attack on a Colorado movie theater, now free to vent their feelings before the judge, are denouncing the defense team, the legal process and the single juror who blocked a death sentence.

Throughout Holmes' three-month trial, if they were called to testify, survivors and family members were stifled by objections and court orders preventing them from veering off topic or saying too much about the searing emotional and physical scars the shooting has left.

But they were finally allowed to speak without interruption when Holmes' formal sentencing opened Monday, offering testimony that was sometimes quiet and reflective, sometimes laced with anger and frustration.

Tom Teves, whose son Alex was killed, called Holmes a pathetic coward and the defense attorneys "agents of evil" who were trying to advance their own careers.

Robert Sullivan, the grandfather of the youngest victim, 6-year-old Veronica Moser-Sullivan, called on Holmes to "do the correct thing for once" and petition the court to be executed by firing squad.

Unlike during the trial, witnesses spoke from a lectern facing Judge Carlos A. Samour Jr., rather than the jury box, which sat empty. Their voices were tearful and trembling.

At the end of the three-day hearing, Samour will formally sentence Holmes to life without parole and up to 3,318 additional years on attempted murder convictions. Forty more people are expected to take the stand Tuesday and Wednesday.

Jurors rejected Holmes' insanity plea and convicted him of murdering 12 people and trying to kill 70 others when he opened fire on a packed theater in suburban Denver on July 20, 2012. The jury was divided on the sentence, with 11 favoring death and one favoring life without parole. Under Colorado law, jurors must be unanimous to impose the death penalty, so Holmes automatically got life.

For the most part, Samour let them share their stories, no matter how long or off-topic.

But twice he took the unusual step of chiming in, offering an impassioned defense of the jury and the process after the mother of one of the wounded said Holmes' life sentence showed more concern for Holmes than for his victims.

"You can't claim there was no justice because it wasn't the outcome you expected," Samour responded. He said the jury was fair and impartial and that he tried his utmost to be the same.

"And that's how you know it was justice," he said.

The judge later delivered a forceful rebuke after Sullivan suggested that one juror might have improperly blocked the death penalty for Holmes by lying about her beliefs all along to ensure he got a life sentence.

Samour said he understood the victims are hurting, but he said speculating on misconduct was unacceptable. "I don't have any basis in front of me or any reason anyone has put in front of me (to conclude) there was deception," he said.

Other people told Samour about the physical pain, the grief and the despair Holmes' rampage caused.

Veronica's mother, Ashley Moser, who was paralyzed and who suffered a miscarriage, described being stripped of her independence and privacy because she requires a caretaker everywhere she goes. In a statement read by a prosecutor, Moser said she has had to relearn even simple tasks, and she still needs help using the bathroom and maneuvering from her motorized wheelchair to her bed without falling.

Her daughter's funeral was postponed three months so she was healthy enough to attend.

"It's an awful feeling to know you're not strong enough to bury your little girl," she said.