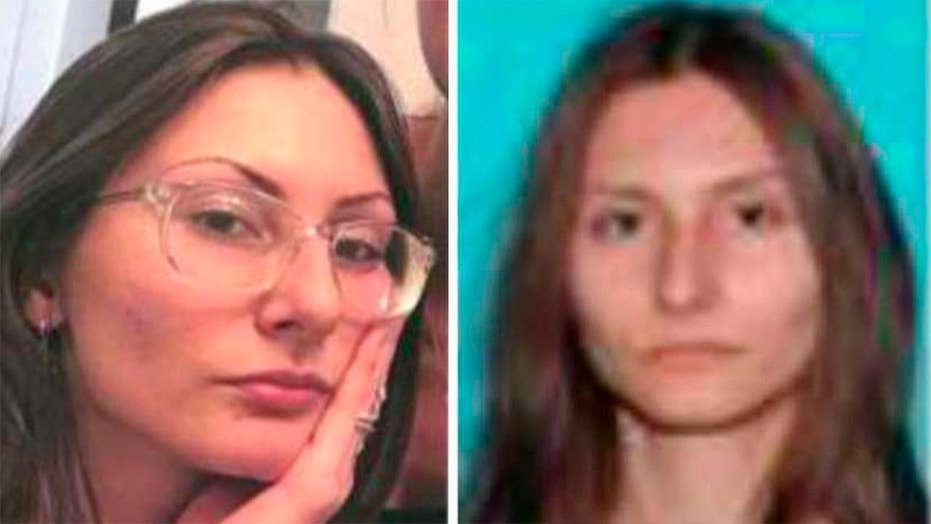 A manhunt is underway in Colorado for a woman 'infatuated' with the 1999 Columbine massacre who made threats and bought firearms; Alicia Acuna has the latest.

The father of a woman "infatuated" with the mass shooting at Columbine High School -- and who triggered a manhunt and the shutdown of Denver-area schools Wednesday after she allegedly flew to the city and bought a gun -- said he just wants his daughter to come home.

The Jefferson County Sheriff's Office and the FBI said that Sol Pais, 18, is "considered to be extremely dangerous" after traveling to Colorado from Miami on Monday night before purchasing a pump-action shotgun and ammunition.

Pais had made threats to "commit an act of violence in the Denver metropolitan area" just days before the 20th anniversary of the attack, according to officials.

On Tuesday night, her father, in Surfside, Florida, told reporters through a closed door at the family home the experience was "like a bad dream."

"She can come home. I think she wants to be ok," her father told WSVN. "I think it's maybe she has a mental problem."

Her father, who was not identified, said the family last saw Pais on Sunday.

A neighbor said the family moved to the area about 10 years ago, and that Pais was frequently spotted in the neighborhood and attended Miami Beach High School.

Following a lockdown at Columbine High School and other Denver area schools, authorities say they are looking for a woman suspected of making threats. (AP Photo/David Zalubowski)

Miami-Dade Public Schools confirmed in a statement that Pais is a senior at the high school.

"We are fully assisting the FBI in their investigation," Miami-Dade Public Schools told CBS4. "As far as this case goes, I want to stress that, at this time, there have been no threats to M-DCPS schools. The threats appear limited to schools in Colorado."

Another neighbor told CBS4 that Pais was a quiet person but well behaved.

FBI joins manhunt for an armed, dangerous woman in Colorado

“She always kept to herself. She never got in trouble at school," Patricia Bilstin told the television station. "So surprising, and I feel sorry for the family."

Authorities said Pais was last seen near Columbine, located just outside Denver, wearing a black T-shirt, camouflage pants and black boots. They appealed for anyone seeing her to call an FBI tip line at 303-630-6227, and said she is too dangerous to be approached by civilians. The alert also said police who come into contact with her should detain her and evaluate her mental health.

"This has become a massive manhunt...and every law enforcement agency is participating and helping in this effort," Dean Phillips, special agent in charge of the FBI in Denver, said late Tuesday night.

Pais' father told NBC6 he was in "disbelief" and just wanted to see his daughter again.