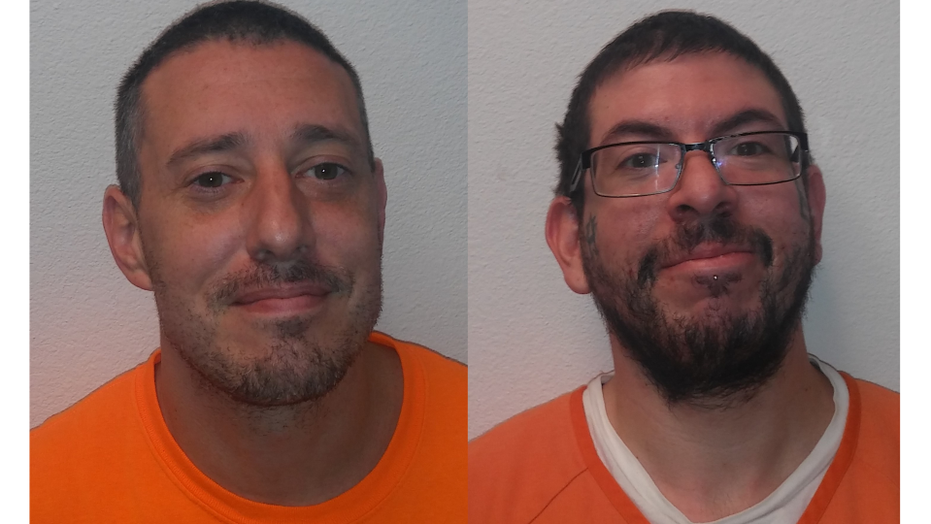 A manhunt was still underway in Colorado early Friday for two detainees who authorities say escaped from a jail in Westcliffe on Sunday after reportedly locking a deputy inside a cell.

Jerry Williams, 39, and Bryan Webb, 30, overpowered the deputy then took her jail keys and radio before fleeing, according to the Custer County Sheriff's Office.

Williams had been jailed on suspicion of first-degree attempted murder, first-degree assault, illegal possession of a handgun and domestic violence. Webb had been locked up on drug charges, introduction of contraband into a detention facility and assault on a peace officer, the sheriff's office said in a  Facebook post.

A blue 2017 Toyota Sienna minivan, believed to have been used by the suspects to aid their escape, was found by the neighboring Huerfano County Sheriff's Office on Tuesday morning.

"We were notified the vehicle did not appear to have any significant damage to it and was most likely abandoned in a field adjacent to a residential area," the Custer County Sheriff's Office said on Facebook.

"A deputy [was sent] to Walsenburg for processing the vehicle and coordination," authorities said Tuesday. "Huerfano County Law Enforcement continues to track leads on the two escapees in the Walsenburg area and we will provide updates as we get them."

As of Wednesday evening, Custer County deputies received assistance from Huerfano County, Pueblo County, and Las Animas County Sheriff Offices, but they've made "limited progress in the apprehension" of both Williams and Webb.

"[Authorities] have been searching Walsenburg and surrounding areas contacting relatives and friends of Bryan Webb as well as following up on information that has been reported to us," the sheriff's office said.

Deputies added that both men were seen in Walsenburg early Monday morning when Webb reportedly visited his parents' house, but no other reports of their whereabouts have been heard since.

"We will provide updates as soon as we get additional information pertinent to the apprehension of the escaped fugitives," authorities said Wednesday.

The Custer County Sheriff's Office posted a "Help Wanted" sign on its Facebook page Wednesday for a Detention Deputy, although it wasn't clear if it was related to Sunday's incident.

Anyone with more information about the whereabouts of Williams or Webb should call 719-276-5555 ext. #8 or dial 911 if you see the fugitives.

Westcliffe is about 147 miles south of Denver.