'The experience was absolutely traumatizing' and 'very humiliating,' Eliz Orban, who was kicked of a flight because her two-year-old daughter wouldn't wear a mask, told 'Fox &amp; Friends Weekend.'

A Colorado mother who said she and her family were kicked off a United Airlines flight after her 2-year-old daughter refused to keep a mask on told “Fox & Friends Weekend” on Sunday that “the experience was absolutely traumatizing” and “very humiliating.”

Eliz Orban took cell video on Friday of a crew member speaking with her husband as he was trying to keep the mask on their daughter. The video, which Orban posted on Twitter, shows her husband telling the crew member that he was holding the mask on his daughter’s face. As of Sunday afternoon, the tweet got more than 22,000 likes and more than 10,000 retweets.

“We are premier members with United, so we've flown many times, even during the pandemic we’ve flown with our 2-year-old,” Orban said on Sunday.

“We’ve just flown two months ago because all of our family lives on the East Coast, so this is the only way for them to see their granddaughter,” she continued. “And this time was just extremely different.”

She went on to say that “the staff was rude” from “the get-go.”

“We felt like we got no warning, no working with us, no asking questions, nothing to help in the situation,” Orban added. “It was just like, ‘Oh, well your 2-year-old is not complying, you guys are off the plane.’”

She went on to say that she has “never been more confused in my life,” adding that she thinks “everyone else on the plane was also just watching this and thinking, like, ‘What is happening?’”

Orban explained that when she and her husband boarded the airplane on Friday, a flight attendant immediately asked how old their daughter is and demanded she wear a mask given she was over the age of 2. Orban said they asked for a mask since her daughter didn’t have one and the flight attendant gave them one before they went to their seats.

“After that, the flight attendants wouldn't talk to us,” Orban said.

“We kind of noticed them walking by and kept checking what we were doing, and it just felt really, really, really weird,” she added. “And that was the only interaction we had with a flight attendant or with anyone saying anything.” 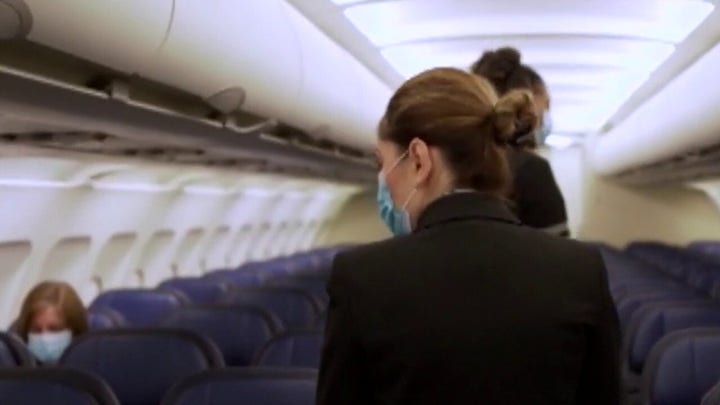 “The next thing was a supervisor coming and saying that we need to leave the plane,” she continued.

In a statement sent to Fox News, a United Airlines spokesperson said, “The health and safety of our employees and customers is our highest priority, which is why we have a multi-layered set of policies, including mandating that everyone on board 2 and older wears a mask.”

“These procedures are not only backed by guidance from the CDC [The Centers for Disease Control and Prevention] and our partners at the Cleveland Clinic, but they’re also consistent across every major airline,” the statement continued.

The spokesperson also noted that the Orban family has not been banned from flying with the airline.

Host Will Cain asked Orban if her frustration is with “the policy, with the flight attendants or is it larger, where we are as a society right now when it comes to these sort of mandates?”

“Definitely all of it,” she responded. 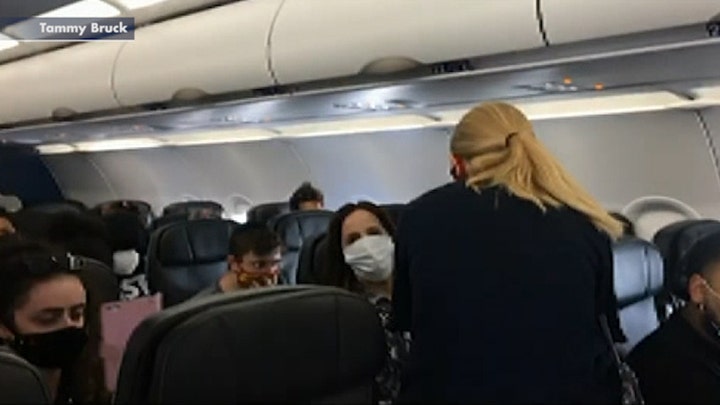 “Me and my husband are both immigrants. We've come from Europe, and we've grown up in a very different country, and coming here has been just a huge blessing, you know, living the American dream and living in free America,” she added.

“I just have to say the past year has just been a huge PTSD for us and very, very scary with everything going on.”