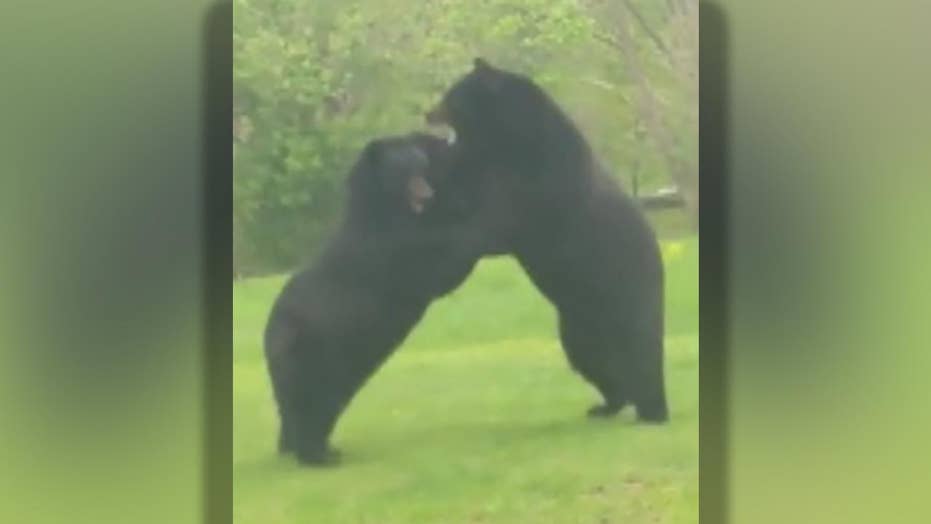 Raw video: Two bears spotted fighting each other in the front yard of a residence in Branchville, New Jersey. Filmer Corey Bale believes the bears were fighting over a female.

Two black bears were caught on video in a front-yard brawl outside a New Jersey home last week.

The bears appeared to be on their hind legs swatting and nipping at each other, while residents in Frankford Township watched the incredible sight.

“When I went out to look, I actually heard the bears’ jaws hitting together as they were fighting and growling at each other,” Corey Bale, who recorded the video on May 3, told NJ.com.

Bale said he watched the fight from his yard. He told NJ.com he believed it was two male bears fighting over a female bear, but it wasn’t immediately clear.

After the fight was over, Bale said he found bear hair and blood in his backyard.