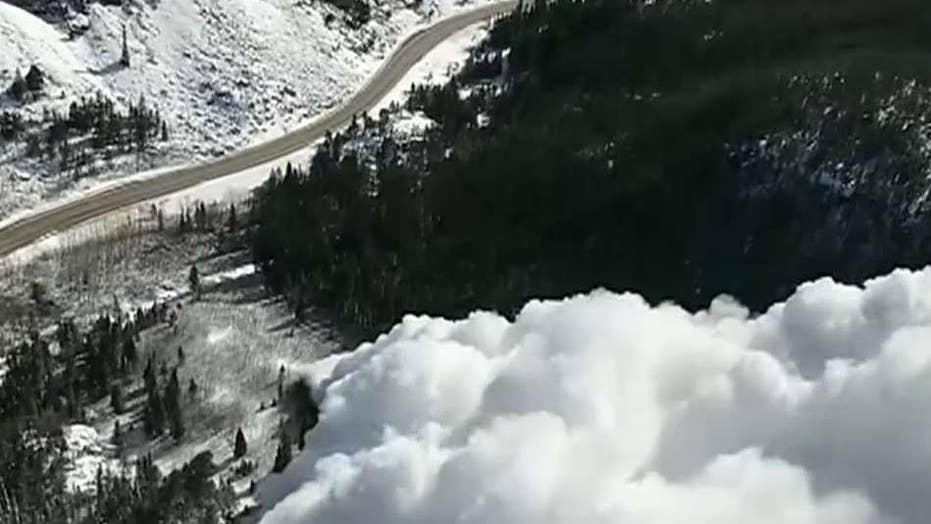 A backcountry skier became the first death of the avalanche season in Colorado on Sunday, when she was buried by a "very wide" slide, according to officials.

The Larimer County Sheriff's Office said in a news release that authorities received a 911 call around 2:45 p.m. that a backcountry skier had been caught in an avalanche near Cameron Pass on Highway 14, located about 70 miles west of Fort Collins.

"Other members of the party had dug the skier out and called for help," the sheriff's office said.

The skier, a 29-year-old woman from Fort Collins, was not breathing after the avalanche and she was declared dead at the scene, the sheriff's office said.

Deputies from Larimer County Sheriff’s Office and rescue resources from neighboring Jackson County responded to the scene, and the 29-year-old's body was later removed from the mountain by responders.

The Colorado Avalanche Information Center (CAIC) said the avalanche happened on south Diamond Peak at 11,400 feet, where there was a "moderate" risk for avalanches at the time.

"The avalanche was described as 2 to 3 feet deep, very wide, and running close to 500 feet vertically," the agency said.

Strong winds and up to eight inches of new snow has increased the avalanche danger across the Front Range, according to the CAIC. As of Monday, there is a "considerable" risk for avalanches in the region where Sunday's deadly slide took place.

"Dangerous conditions exist in the backcountry. Avoid steep northerly and east-facing slopes, especially those that are receiving wind-drifted snow," the CAIC said. "This includes traveling underneath of these slopes and on adjacent connected terrain."

There have been at least 185 avalanches in the state so far this season, according to FOX31.

Last season in Colorado was a particularly busy one for avalanches, with the CAIC saying at the time that plentiful snow caused conditions not seen in half a century. Two backcountry skiers died in February when they were buried in an avalanche near the town of Crested Butte in an area known as "Death Pass."

The Larimer County Sheriff's Office said Sunday that the 29-year-old's identity, as well as cause and nature of death, will be released by the Larimer County Coroner’s Office at a later time.

The CAIC said that staff will visit the site on Dec. 9 to update their report on the deadly incident.

"Our deepest condolences go out to the friends and family of the deceased, and to everyone affected by this accident," the agency said.