Both the College Republican National Committee and the College Democrats of America signed an open letter demanding the closure of Confucius Institutes that are stationed at U.S. college campuses across the country.

The institutes claim to be a vehicle for promoting Chinese culture and language worldwide, with academic style courses and teachers, that share information about contemporary China.

The letter claims Communist China is funding the institutes to enact coercive measures within American colleges and universities and brands them a threat to educational freedom.

"The Chinese government’s flagrant attempts to coerce and control discourse at universities in the United States and around the world pose an existential threat to academic freedom as we know it," the message states. "It is a civic and moral imperative that we protect that freedom."

It then cited China's increased interest in the American entertainment industry and the country's militaristic attitude towards Tibet as additional points of concern.

"It has manipulated the world’s multilateral institutions in times of crisis, it has compromised our entertainment, news, and business communities, and it is committing crimes against humanity against Tibetans and Uyghurs," the statement continued. 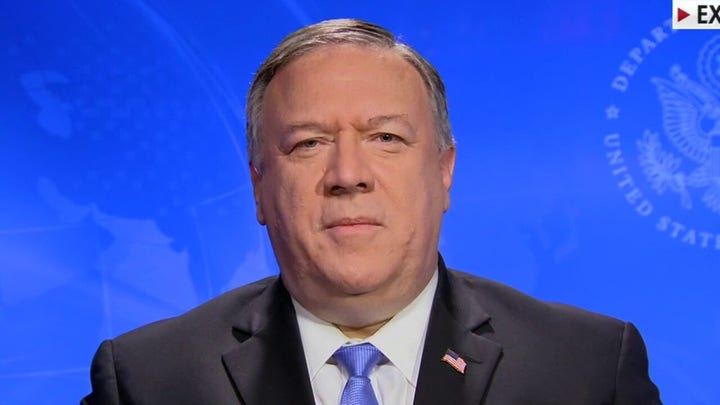 The letter claimed Confucius Institutes are outlets designed to exert political power and influence on U.S. soil while remaining disguised as educational hubs. It also levied accusations of censorship and intimidation. In addition to pressuring Chinese students to do the bidding of state, it said the institutes embrace self-censorship on topics "sensitive" to the Chinese Communist Party.

Various students and human rights groups also signed the letter, in a show of solidarity against the brutal nature of Chinese government policy.

These sentiments echo that of Secretary of State Mike Pompeo who has labeled China a nefarious actor, that is being driven by an anti-American agenda.

“Maybe some of you have heard about the time when the Chinese consulate paid the UC San Diego students to protest the Dalai Lama. It shows depth. It shows systemization. It shows intent," he said. “Chinese Communist party officials, too, are cultivating relationships with county school boards and local politicians -- Often through what are known as 'Sister City Programs' ... This competition is well underway."

As for the Republican and Democratic Party's views on China, the results seem to be less unified than that of the collegiate level, with the GOP mostly leading the charge against the Communist regime.

Sen. Rick Scott, R-Fla., joined several of his Senate colleagues last month in introducing legislation aimed at protecting America's coronavirus vaccine research from Chinese inference and became the target of state-run media after vowing to hold the country's government responsible for the fallout of COVID-19.

Similarly, Sen. Josh Hawley, R-Mo., has delivered tough public rhetoric against China and was also named by state media as a U.S. agitator.

He wrote letters last year to the University of Missouri and Webster University, expressing concerns about Confucius Institutes, painting them as a state intelligence apparatus.

“These Confucius Institutes are, in short, a tool for China to spread influence and exercise soft power in its rivalry with the United States," he wrote.