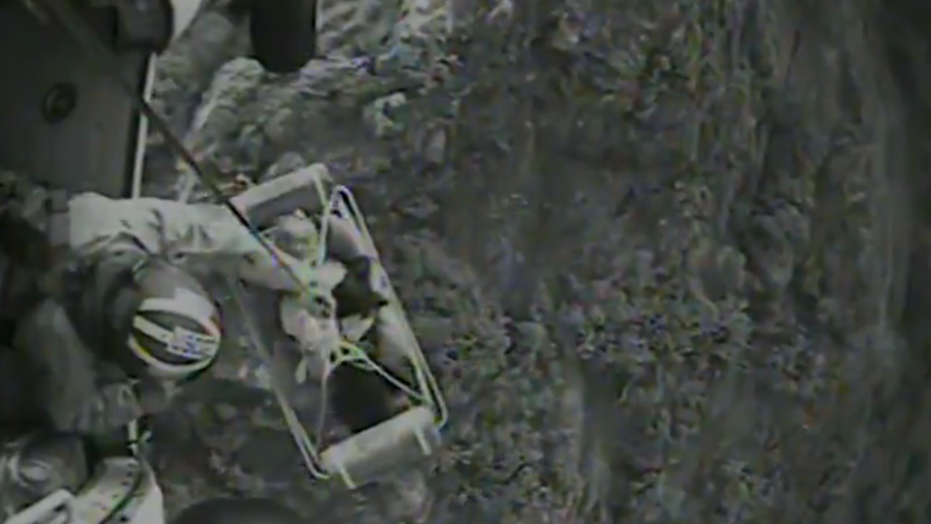 An aircrew from Coast Guard Air Station Sitka in Alaska on Sunday came to the rescue of two hikers, one of them injured, and two dogs.

One hiker had suffered a severe ankle injury on Cupola Mountain in Sitka and could not hike out, officials said. The hikers were at a 2,300-foot elevation.

Alaska state troopers notified the Coast Guard at 9:30 a.m., according to the branch.

A Coast Guard rescue swimmer was lowered from a helicopter onto the mountain, and later a small basket hoisted the hikers and their dogs.

The hikers were taken to a local hospital and treated by Sitka emergency services personnel, the Coast Guard said.

The Sitka Fire Department received the initial call from one of the hikers via her cellphone. She said she'd been hurt, said Coast Guard Lt. Michael Klakring.

"The helo crew arrived on scene about five minutes after takeoff and visually spotted the hikers," Klakring said. "The rescue swimmer deployed, assessed the hiker’s condition and splinted the injured leg before hoisting them off the mountain."

“In this case, there was enough daylight left to visually spot the distressed party once we arrived," the pilot pointed out, adding that a signaling device and distress beacon "will always make searching easier and allow for a quicker rescue."

A similar incident took place on June 15, when an aircrew from Coast Guard Station Sitka rescued a 50-year-old man who fell from a steep cliff while hiking in the Sisters Mountains in Sitka.

The man suffered head injuries but was in stable condition after being taken to Sitka emergency services personnel, the Coast Guard said.