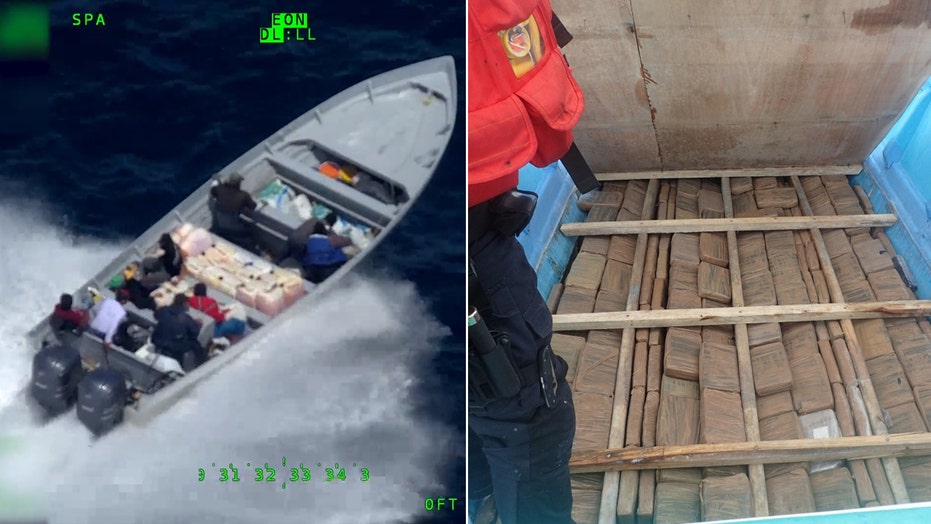 More than 26,000 pounds of cocaine worth an estimated $350 million was offloaded in San Diego Friday after the U.S. Coast Guard seized the drugs during a weeks-long operation in international waters.

Members of the Coast Guard Cutter Steadfast (WMEC-632) seized the narcotics on six separate missions in the Eastern Pacific Ocean off the coast of Mexico, Central and South America between late June and mid-July, officials said in a news release.

“This was 26,000 pounds of cocaine that will not make it to the main streets of the U.S.A, and it also gives us the opportunity to make sure that we can continue to combat transnational criminal organizations that transport this cocaine deep in the Pacific every single day,” Rear Adm. Peter Gautier, the 11th Coast Guard District commander, said.

Friday’s offload comes on the heels of the July 11 offload where officials said crews seized nearly 40,000 pounds of cocaine from 14 interdictions.

This year alone, the Coast Guard has intercepted more than 230,000 pounds of the narcotic and has detained more than 400 smugglers from the Eastern Pacific Ocean drug transit zones.