'The Big Sunday Show' panelists discuss the El Paso, Texas city council voting to approve a $2 million contract with a charter bus company to send migrants to other cities.

Border Protection agents in California arrested a U.S. citizen Sunday following a brief chase in which the suspect was allegedly driving a vehicle made to resemble a Border Patrol cruiser.

They tried to stop the SUV, but the driver kept going, a news release by the U.S. Customs and Border Protection said.

An image of a cloned Border Patrol vehicle that was seized by agents following a short chase in California.  (U.S. Customs and Border Protection)

"An agent positioned ahead of the vehicle’s location successfully deployed a Controlled Tire Deflation Device to slow the vehicle down to a complete stop, near Mount Signal Road and Highway 98," according to the release.

When the agents approached the vehicle, the 18-year-old driver fled and hid in a brush, authorities said. He was later caught.

Authorities confirmed the vehicle was a clone and that the teen was the only person inside. Agents arrested the suspect and seized the SUV. 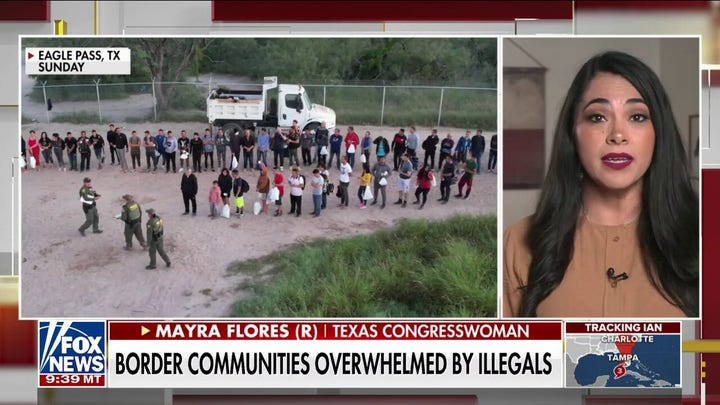 "The border in El Centro Sector is closed, and this is yet another example of our zero tolerance for smuggling and illegal entry," Chief Patrol Agent Gregory Bovino said.  "I am so proud of El Centro border security professionals who make it awfully hard on smugglers to ply their trade here!"

In August, another phony Border Patrol vehicle was found in Arizona with a driver in a fake uniform during a smuggling attempt. The driver and 10 migrants were taken into custody.