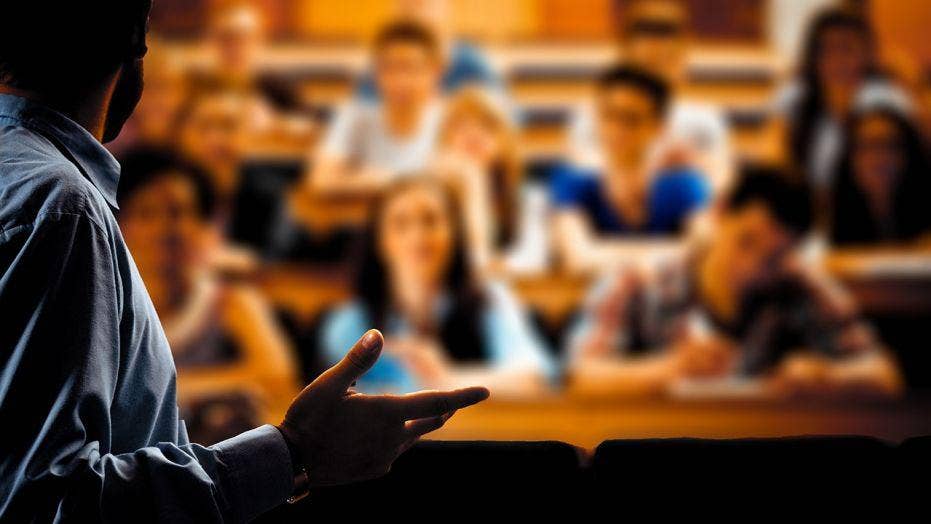 George Washington University is hosting a seminar on combating “Christian privilege” in America.

According to an event description, students in a 90-minute training session will learn about ways American Christians receive things they don’t deserve and are not worthy of getting: “How do we…acknowledge that Christians receive unmerited perks from institutions and systems all across our country?”

The Multicultural Student Services Center (MSSC) at GWU is hosting “Christian Privilege: But Our Founding Fathers Were All Christian, Right?!” Thursday as part of its “Excellence in Leadership Seminar,” as first reported by The Christian Post.

Caroline Hakes, a GWU student and CampusReform.org correspondent, told “Fox & Friends” she was surprised about the seminar and believes that the premise, while it may be well-intentioned, is ultimately misguided.

“I think that this seminar is a symptom of a larger issue of elements of Christianity being downplayed on college campuses and in the mainstream media,” Hakes said. “We see it, for example, with lack of reporting with Christians being persecuted in the Middle East, and with TV personalities ridiculing Vice President Pence for expressing how his faith informs him in his office.”

According to the website, MSSC Associate Director and LGBTQ Resources Director Timothy Kane will discuss how American Christians have “easier” lives and get “built-in advantages over non-Christians” as well as making “room for all religious and secular identities on an equal playing field.”

But the Christian privilege seminar doesn’t just focus on one religion, it also singles out a race: white people.

Students will learn about “white privilege specifically” and the “role of denial when it comes to white privilege,” the event description says, adding they will be able to list examples of Christian privilege and learn three ways to be an ally with non-Christians.

Each of the privilege seminars states that they focus more specifically on white privilege.

“These trainings equip students and staff with the necessary skills to promote diversity and inclusion in the different environments in which they find themselves frequently,” the website says.

Former Secret Service Agent, Dan Bongino, tweeted about the “disturbing” story as reported by The College Fix, saying, “Someone should’ve told the martyrs about ‘Christian privilege.’”

Another person on Twitter, Chad Prather, tweeted that with martyrdom, beatings, and beheadings they should host the workshop in Libya, Ethiopia, Iran or northern Nigeria.

“I think America has too much ‘university privilege,’” Prather wrote.

GWU and Kane did not immediately respond to request for comment.