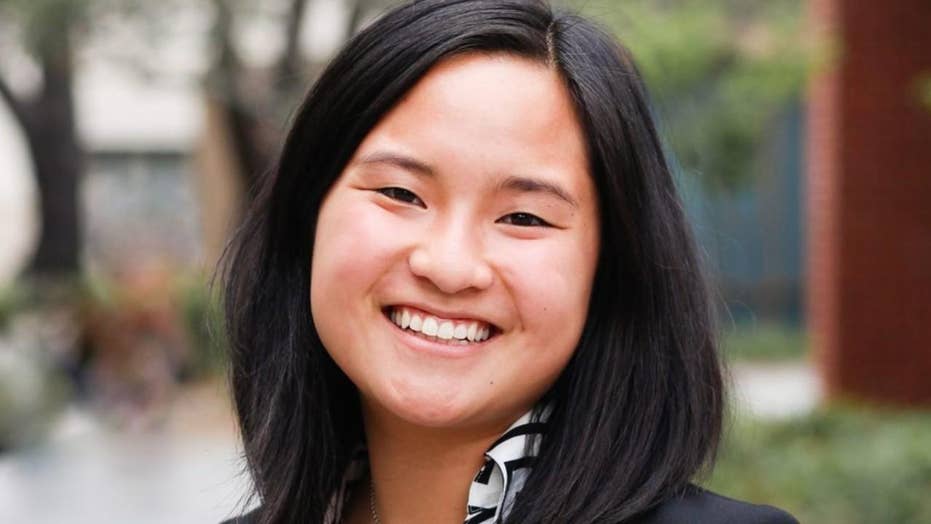 University of California, Berkeley junior and student senator Isabella Chow was kicked out of her own party for abstaining on a pro-LGBT vote.

A student senator at the University of California, Berkeley, who was kicked out of her own party and is being pressured to resign or face a recall because of her religious views, says she won’t back down.

Isabella Chow, a daughter of Malaysian-Cambodian immigrants and a junior double majoring in business administration and music, told Fox News she abstained from a largely symbolic student vote Oct. 31 because she did not fully agree with certain clauses, not the majority of the pro-LGBTQ+ bills, which passed from the support of 18 of the 20 senators (another being absent). She was labeled “homophobic” and “transphobic” and within two days felt like the whole campus was against her.

Two weeks ago, the Queer Alliance Resource Center (QARC) reportedly asked the student body to condemn the Trump Administration’s “proposed definition of sex under Title IX” defining individuals as being male or female as fixed from birth. The student government bills argued the definition is “trans-exclusive,” rolling back the Obama Administration’s added protections for individuals who identify as transgender from “harassment, denial of access to the student’s preferred restroom, and requirements regarding medical documentation.”

Chow’s former party, Student Action, left her with the decision to fully support the bills and the LGBTQ community or get ousted.

“No matter how difficult this has been, if I don’t represent the Christian perspective – the minority perspective – there won’t be anyone to represent these views,” Chow said. “I’m doing this for the Christian community. I know that I was called for such a time as this…backing down is not an option, especially when backing down means giving in to political pressure and political correctness.”

In her statement, Chow said discrimination is “never, ever Ok” and condemned Christian bullies and bigots, calling the LGBTQ community valid and loved, even if their views were different.

“That said, I cannot vote for this bill without compromising my values and my responsibility to the community that elected me to represent them,” Chow said. “As a Christian, I personally do believe that certain acts and lifestyles conflict with that is good, right, and true. I believe that God created male and female at the beginning of time, and designed sex for marriage between one man and one woman. For me, to love another person does not mean that I silently concur when, at the bottom of my heart, I do not believe that your choices are right or the best for you as an individual.”

The bill crossed the line for Chow in promoting a choice of identities she doesn’t agree to be right or best for an individual in addition to promoting organizations contrary to those of her community.

She concluded by saying she affirms that each person in the room deserves respect, acknowledgment, legal protection, and love. She asked them to extend the same respect to her community but was quickly met with backlash.

Several groups on campus issued statements condemning her, demanding she resign or face a recall, and the groups she aligned with disassociated from her – all except the Christian groups.

Then at last Wednesday’s meeting, hundreds gathered in the Associated Students of the University of California (ASUC) chambers, the majority – one by one – telling Chow to resign with a large banner reading “Senator Chow resign now” taped to the back wall.

Leading up to the meeting, the Daily Californian ran an editorial criticizing her, but when Chow offered her defense and a statement, the student newspaper refused to run it, and instead condemned her in an editorial calling for her to resign and accusing her of creating a “toxic space for LGBTQ+ communities.”

Teddy Lake, the student senator who sponsored the bill, labeled her a bigot, claiming Chow’s comments were “disturbing and irreconcilable,” “hateful prejudices,” and ultimately deny Lake’s very existence as a member of the LGBTQ+ community.

Over a thousand student signed a petition from QARC accusing Chow of hatred and violating the ASUC constitution, being unfit for office, and called her comments “violent, hypocritical, and bigoted.”

“Tonight is not about dismissing Christianity as universally toxic, but about validating the experience of those at the hands of bigots who have cowardly hid behind religion to justify their actions,” QARC Director Regan Putnam said to a room full of finger snaps.

Former ASUC presidential candidate, Gia Cordova, said she hopes Chow asks for forgiveness, before warning she “won’t be f***d around with” and is “down to fight.”

Chow told Fox News she now has her friends walk with her to class for fear of safety amid the backlash, but she doesn’t plan on resigning.

“It was absolutely difficult to hear 'f*** you Isabella' and 'see you in Hell' and difficult words that I don’t want to relive, but beneath all the anger and hurt are wounded hearts and broken narratives that we as a church need to address with utmost love and utmost truth spoken in love,” Chow said.

During the three hour meeting that ended just before midnight, three students did voice support for Chow.

One of Chow’s supporters, Matt Ronnau, was laughed at after he commented that Christians and conservatives are “marginalized groups” on campus.

Chow, who identifies as an independent moderate and has interned for Democratic representatives in Congress, said while it felt like everyone on campus was against her, she has received supportive messages from people across the country.

“I’m reminded the rest of the world is not a bubble the way Berkeley is, and honestly that gives me hope,” she said.