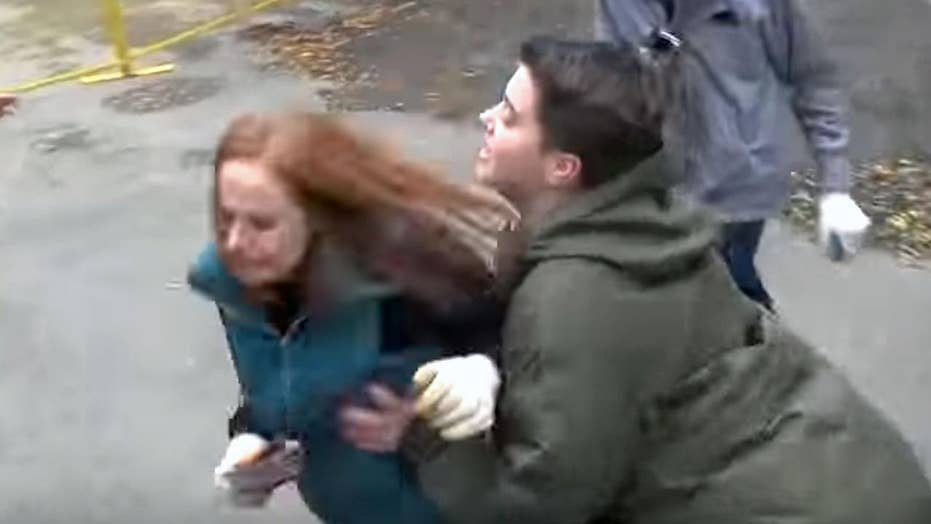 Disturbing video shows as a pro-life activist was attacked by a member of Ryerson Reproductive Justice Collective.

Police are investigating an incident in Toronto caught on camera where an abortion protester attacked a female pro-life activist.

Gabriela “Gabby” Skwarko, a student at Ryerson University in Ontario who works for the school’s Office of Social Innovation and is part of the Ryerson Reproductive Justice Collective, is seen in a video attacking two members of Toronto Against Abortion (TAA).

“I was shocked and terrified,” TAA Director Katie Somers told Fox News. “When I cried out in pain I kind of thought she would leave me alone but it seemed to make no difference to her.”

Blaise Alleyne, president and founder of TAA, said Skwarko launched the attack out of nowhere as the anti-abortion group was getting to wrap up for the day.

“I don’t like seeing my friends get beat up in the street,” Alleyne said. “We’re in the business of exposing violence to end it. We’re shining a light on this deplorable behavior. Assaulting somebody for having a conversation is not acceptable. We want to expose it and end it.”

Skwarko allegedly targeted Somers and Alleyne for their role in the pro-life group. She kicked over signs, fell on top of one, landing on Somers. Then she threw a metal cart at Somers and ran toward her, grabbed her backpack and reached in, took out her stainless steel water bottle, and threw it on the ground. She shoved Somers and then bumped Alleyne in the chest.

Skwardo is temporarily forbidden from contacting Alleyene, who is a part-time student at Ryerson, and from going within 100 meters of him or any pro-life demonstration he is involved in.

As a result of Skwarko’s attack, Somers has taken time off work to heal, including an injury to her wrist and bruising down her right leg.

The incident comes just a day after a video went viral of a pro-choice activist, Jordan Hunt, a Toronto hairstylist who lost his job and was arrested last week for violently kicking a female pro-life activist after he tried to steal on of their signs. 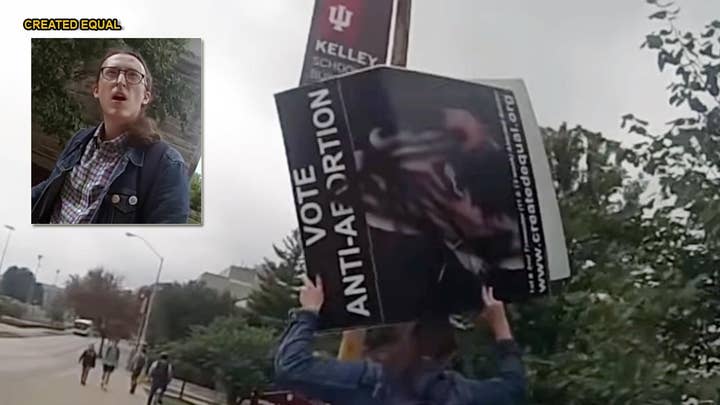 Somers said she’s not ready yet to get back out there, although that’s her goal. She posted a video on TAA’s Facebook about why she will continue her pro-life outreach.

“At this point, I don’t feel safe to return to peaceful protests,” she told Fox News. “It’s been really hard and really scary. I’m used to some opposition to the pro-life message but I’m not used to people being willing to resort to violence in opposition to it.”

Alleyne said Canada, along with China and North Korea, has no legal restrictions on abortion.

TAA demonstrates on the Toronto campus once a week, but is not officially recognized by the university as a club, like the pro-choice group is.

The university did not respond to request for comment.