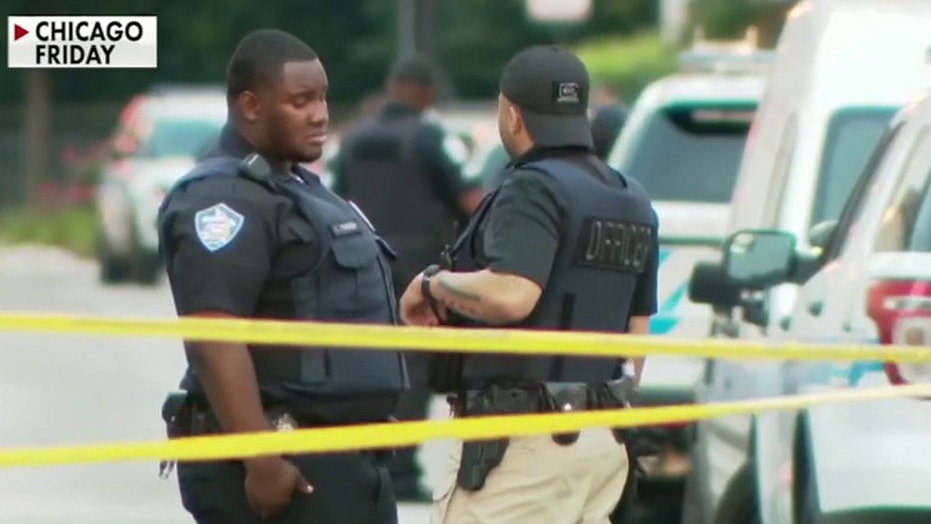 Chicago homicides up over 50 percent in 2020

As 9-year-old Janari Ricks was playing with friends in a courtyard on Chicago's South Side last week, gunshots rang out.

Ricks, an honor roll student who was about to enter the fourth grade, was struck in the chest and died a short time later.

On July 12, 1-year-old Davell Gardner Jr., was sitting in a stroller during a cookout in Brooklyn, N.Y.,  when two gunmen fired several shots at a group present at the gathering and fled. Gardner was struck in the stomach and also died.

On Saturday, Zamar Jones, 7, was playing near a toy race car on his front porch in Philadelphia when he was hit in the head amid a gunfire exchange between two groups of men. The next day, another 1-year-old boy was killed in Akron, Ohio, after being shot along with two older men who survived.

Ricks, like other children victimized by gun violence, simply wanted to be outside and play.

Their deaths underscore an exceptionally violent summer in which cities across the country have seen gun violence increase against a backdrop of protests over police brutality and a global pandemic. While the vast majority of victims are adults, media reports have chronicled a slew of young children and teenagers caught up in the violence as unintended targets. 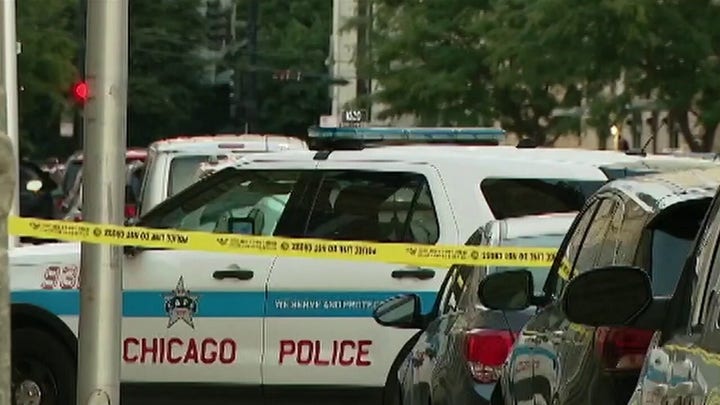 In New York City, six children under age 17 have been killed by gun violence this year, according to New York Police Department. As of Friday, the city experienced 237 homicides in 2020 compared to 181 during the same time period last year.

Experts have cited access to high-powered weaponry for the increase in brazen acts of violence.

"The uptick we're seeing in child homicides is related very much to the increase in firepower on the streets," Richard Rosenfeld, a professor of criminology and criminal justice at the University of Missouri and a member of the Council on Criminal Justice, told Fox News. "The shooters are often quite young and I think it's a fair bet that they haven't gone through extensive training."

By late July, New York had recorded 777 shootings, surpassing the number of gun incidents in all of 2019.

Police work at a crime scene in Brooklyn where a 1-year-old child was shot and killed on July 13 in New York City.  (Photo by Spencer Platt/Getty Images)

As of Wednesday, 76 children age 11 and under have been killed this year nationwide, excluding suicides and self-inflicted injuries and accidental or negligent discharges of firearms. Since Memorial Day weekend, 39 have been killed, according to the archive.

The violence is happening in major and mid-size cities.

Philadelphia recorded 257 homicides as of Tuesday, compared to 192 in the same time period last year, a more than 30% increase. Since May 1, three victims have been under 17, the department told Fox News.

Milwaukee recorded 101 homicides related to gun violence through Tuesday. The figure is nearly double the number of murders in the first seven months of last year when the city experienced 59, according to figures provided by the Milwaukee Police Department.

Through July 31, Atlanta experienced 76 killings, up from the 56 recorded through the same time span in 2019. Over a bloody July 4 weekend, 8-year-old Secoriea Turner was fatally shot while riding in an SUV with her mother and another adult near the same Wendy's restaurant where Rayshard Brooks was killed by a police officer in June.

“You shot and killed a baby," Mayor Keisha Lance Bottoms said during a news conference days later. "This random wild wild West shoot-'em-up because you can, has gotta stop. It has to stop.”

The shooting suspect in Turner's death turned himself in to authorities days later.

A makeshift memorial is shown outside a home in a suburban neighborhood in Douglasville, Georgia, February 7, 2015. At least seven people were shot in the community west of Atlanta on Saturday in an attack that left five people dead, local media reports. REUTERS/John Amis (UNITED STATES - Tags: CRIME LAW) - TM3EB271MGP01

In Los Angeles, homicides were up 14% compared to last year, the police department said in late July, a particularly deadly month in the city that saw several underage murder victims.

On July 3, Otis Williams, 14, was gunned down while walking to a convenience store. Two days prior, a father in the city's Watts neighborhood fatally shot his two daughters, Angelica, 4, and 6-ear-old Amanda before turning the gun on himself.

In South Los Angeles, Semaj Miller, 14, was shot and killed July 29 by someone believed to be a gang member. Miller was not a gang member, police said.

Some of the violence can be attributed to acts of retaliation in a climate where some victims are willing to settle scores without involving the authorities, which sometimes lack the necessary manpower to address violent crimes. 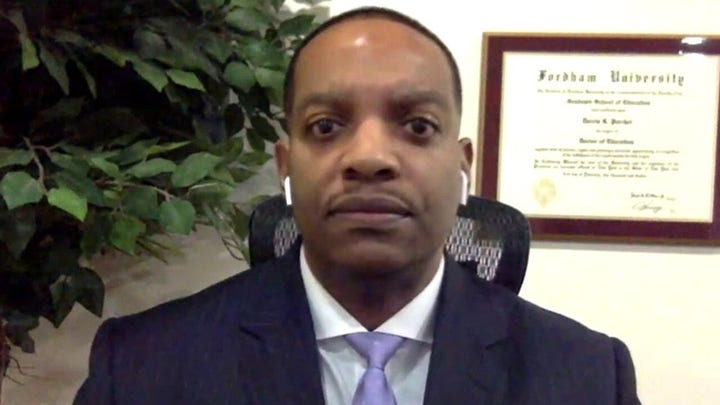 The uptick in gun play prompted the Trump administration to deploy federal officers to a number of cities to work with local and state law enforcement agencies quell the violence despite opposition from local leaders. The first city to receive federal agents under Operation Legend was Kansas City, Mo.

The initiative is named after LeGend Talifero, 4, who was shot and killed June 29 while sleeping in his Kansas City home.

"The police need to do as much as possible to get illegal guns off the street and then those cases have to be prosecuted very, very quickly," Aborn told Fox News. "When kids commit illegal acts, if you don't move quickly they don't get the message. Quickness is as important, if not more important, than harsh punishment."

Chicago police officers investigate a crime scene of a gunshot victim. The police department reported 25 people shot and four killed during a day of gun violence across the city on Monday. ( REUTERS/Jim Young)

Rev. Michael Pfleger, a Roman Catholic priest and activist in Chicago's South Side, told Fox News many of the shootings are the result of criminals willing to spray bullets without regard for who gets hit, be it the intended target or an innocent child nearby.

In his community, some parents have stopped letting their children go outside over fears they could be the next victims.

"I had a grandmother that told me that she doesn't even let her grandchildren sit in the front part of the house for fear a bullet could come into the front window," he said. "Once they come in, they stay in the back of the house."