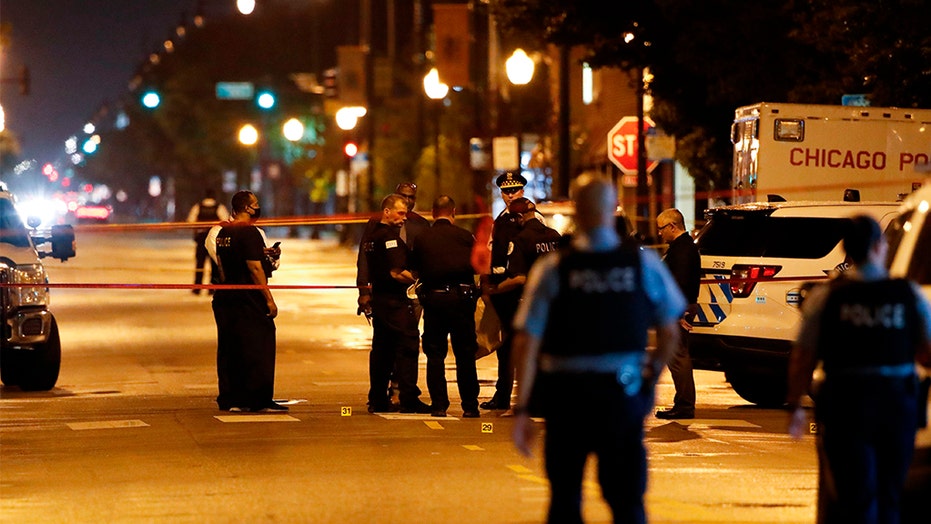 Gun violence in Chicago soars during first four months of 2021

Fox News contributor Lawrence Jones hears from residents of the Windy City impacted by the shootings.

Six people were killed in Chicago over the weekend, including a 13-year-old who was discovered with a gunshot wound to his abdomen, authorities said Monday.

The teenager was found at approximately 9:30 p.m. on Saturday on South Springfield Avenue in the Harrison neighborhood of Chicago, police said. But by the time officers go to him, he was unable to provide details about his attacker, according to police. The gunman has not yet been caught.

The victim, identified by the Chicago Sun-Times as Eddie Thigpen, was a freshman at North Lawndale College Prep, the high school confirmed in a Monday morning post on its Facebook page.

The Chicago Police Department said 28 people were wounded in as many shootings from 6 p.m. Friday to 11:59 p.m. Sunday. In addition to Thigpen, the other murder victims ranged in age from 23 to 36, police said.

Police said the surviving wounded victims were between the ages of 17 and 62.

There was less bloodshed than during the previous weekend, when people said 46 people were shot and seven were murdered.

A 2-year-old boy was shot Tuesday while riding in a car during a road rage incident, Chicago police said. (Chicago Police Department)

Most recently available crime statistics show that murder was up 56% from April 26 to May 2 compared to the same time last year, CPD said. The number of shooting incidents was also up 40% during the same time frame year-over-year, police said.