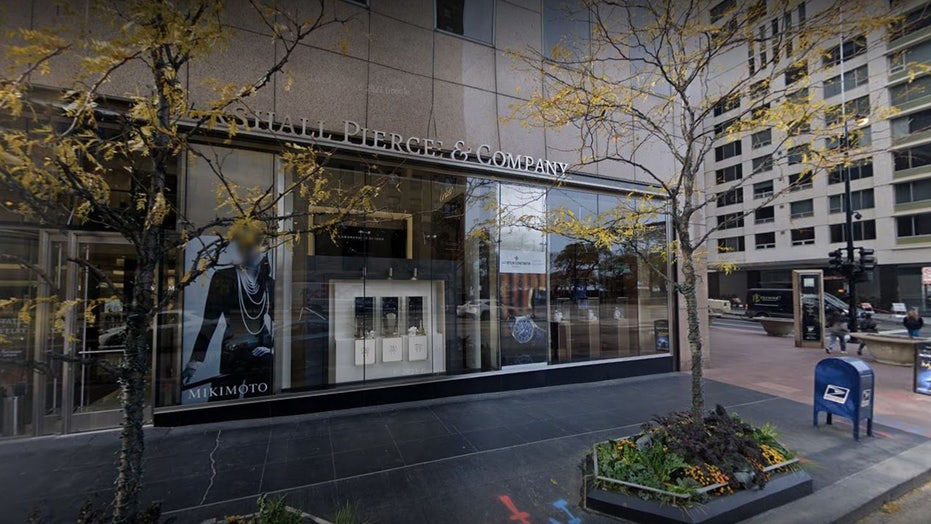 A security guard posted inside a high-end jewelry store in Chicago foiled a broad daylight smash-and-grab on Tuesday, authorities said.

The attempted heist happened just before 12:30 p.m. at the Marshall Pierce & Company jewelry store in the 900 block of North Michigan Avenue in the city’s Magnificent Mile neighborhood, Chicago police said.

Three male suspects entered the store and walked up to a watch case when one suspect took out a hammer from his jacket, according to police.

No merchandise was stolen from the store, Chicago police said. (Google Earth)

Before the suspect could smash any glass cases, police said a security guard intervened and ordered the suspects to the ground. The three suspects refused to listen to the guard, who was reportedly armed, and fled the store empty-handed.

The trio jumped into a waiting getaway car, which police believed may be a white Infiniti sedan.

The suspects were wearing ski masks and described as slim Black males between the ages of 18 and 28, CWB Chicago reported, citing police.

No one was in custody as of Wednesday morning. Police said there were no injuries, and nothing was taken from the store.

Detectives are continuing to investigate the attempted theft.