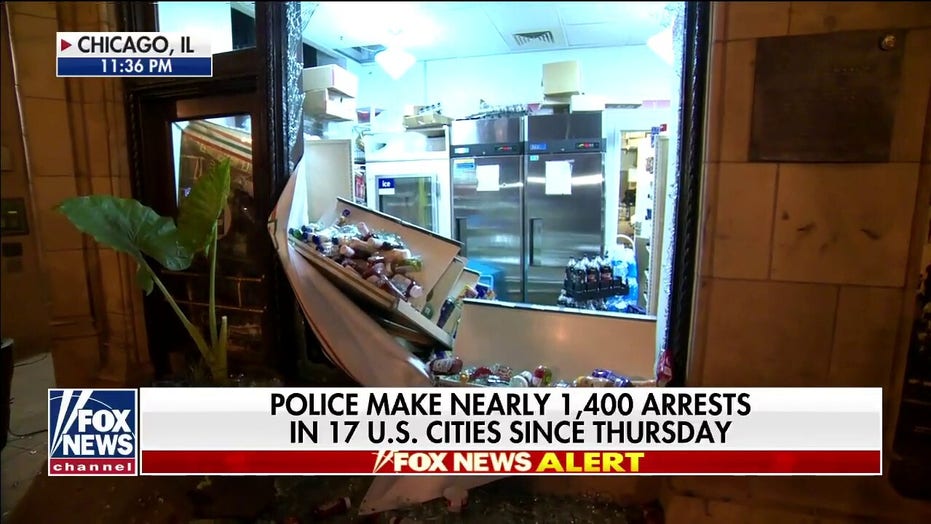 Police in Chicago were ordered back to working 12-hour shifts with no days off until further notice amid ongoing protests in the city, according to multiple reports.

The order took effect at 1 p.m. Sunday “out of an abundance of caution,” police said, according to Chicago's WBBM-TV.

It wasn't clear why extended shifts were ordered for the officers, but the directive comes after Rayshard Brooks, a 27-year-old man, was shot and killed by a police officer in Atlanta on Friday -- in what was ruled a homicide.

Chicago Police officers watch demonstrators on Lake Shore Drive during a protest during the Chicago March for Justice in honor of George Floyd, Saturday, June 13, 2020, in downtown Chicago. Protests in Chicago continued for the third weekend in a row Saturday following the death of George Floyd. (AP Photo/Nam Y. Huh)

The incident sparked unrest in the Georgia capital on Saturday night, leading to a Wendy's restaurant being set on fire, and the resignation of the Police Chief Erika Shields, who joined the department as a beat officer in 1995.

Police officials had previously moved officers to the more rigorous schedule two weeks ago amid widespread protests, violence, looting, and civil unrest in parts the Chicago following the death of George Floyd.

During that time, police made more than 2,000 arrests, while Mayor Lori Lightfoot imposing a 9 p.m. curfew and called in the National Guard for assistance, the paper reported.

Distraught Chicago officials had complained to Lightfoot -- as looting and rioting swept through the Windy City -- pleading for help and warning that the vulnerable had lost access to food and medicine.

The shift change does not impact officers on limited-duty status or on scheduled furloughs, according to the station. A normal shift is roughly 8 1/2 hours.