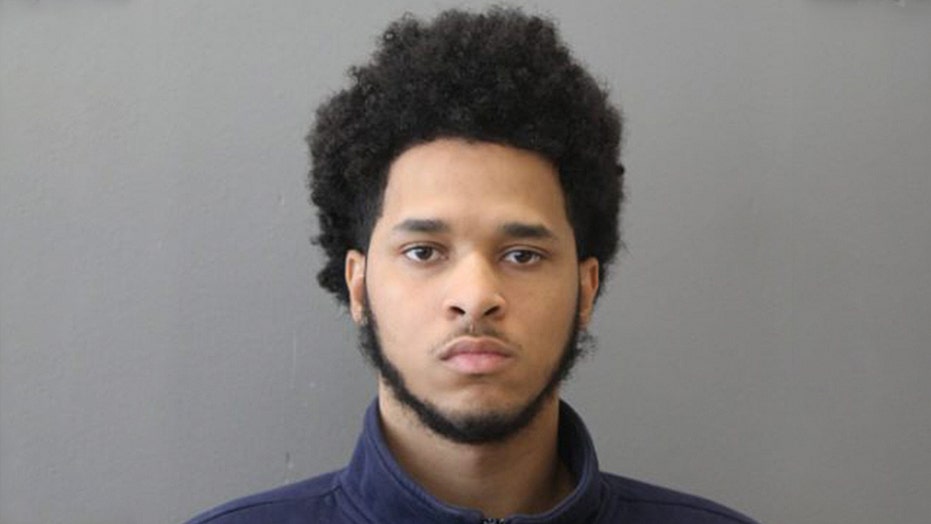 A Chicago police officer is now facing reckless homicide and DUI charges after he allegedly crashed his vehicle into a restaurant while racing at speeds of around 75 mph, killing a woman inside the business.

Terrance Finley, 24, was off-duty and had a blood alcohol level of .083 when he plowed into the side of Tony’s Philly Steak location early Sunday morning in the city’s Gresham neighborhood, prosecutors say. The officer, who had been on the job for two years, was trying to make a left turn onto a street when another car cut him off, causing him to swerve and lose control of his vehicle, they added.

"I expect our officers to adhere to a higher standard. I really do,” Police Supt. Eddie Johnson said following the accident, according to FOX32 Chicago. “When they don't then they'll be held accountable for it.”

Investigators told the station that Finley’s car was traveling around 75mph in a 30mph zone just before crashing into the restaurant.

Chicago Police Officer Terrance Finley, 24, is facing charges after a car driven by him crashed into a restaurant early Sunday morning, killing a woman inside, prosecutors say. (Chicago Police Department)

Marquita Reed, a 35-year-old registered nurse and mother, ended up getting pinned underneath his car when it came to a halt, and later was pronounced dead at a local hospital, authorities said. An autopsy revealed she died from multiple injuries suffered in the crash.

"Basically she worked all the time and took care of her kids. That's all she did,” her aunt, Lolita Gray, told FOX32.

A friend of Reed also was hit and suffered a leg injury, but is reported to be in good condition.

Finley, who suffered a neck injury himself, is set to appear in court again July 3 after bonding out of the Cook County Jail Tuesday night. The driver who allegedly cut him off has not been located.

“He didn’t become a police officer to take a life. He feels horrible about this,” his attorney, Tim Grace, told reporters after a bail hearing earlier Tuesday. “He is coping with it. He is going to need some counseling obviously.”

Finley was caught on video walking out of jail with his head down Tuesday night, refusing to speak about the case.