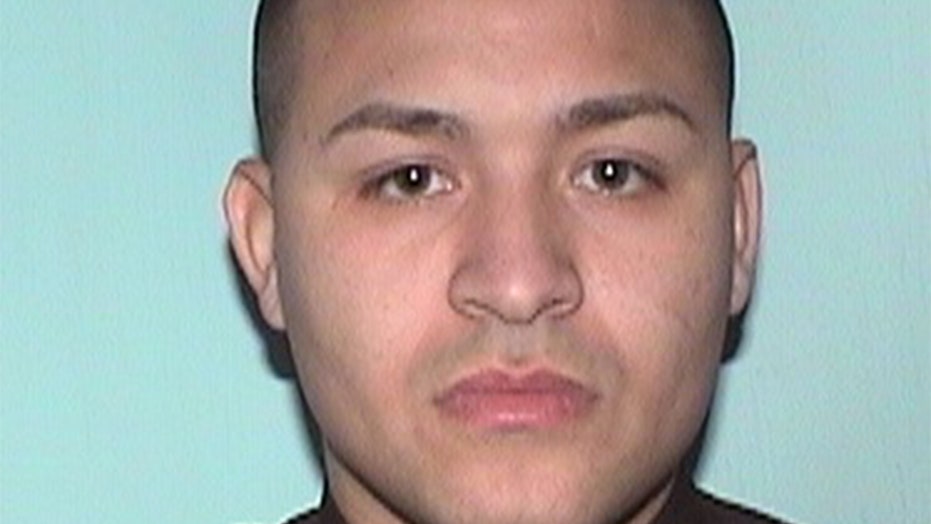 A New Jersey police officer could spend the rest of his life behind bars after being charged with shooting and killing a driver and wounding a passenger during a wild chase that was all caught on video.

Jovanny Crespo of the Newark Police Department was indicted by a grand jury Tuesday on six counts related to the late January death of Gregory Griffin, the Essex County Prosecutor’s Office said. The announcement coincided with the release of a dramatic bodycam video of the fatal police pursuit, showing the 26-year-old officer firing off numerous rounds into the car Griffin was driving.

“It is the state’s position that this officer’s conduct that night was criminal,” acting Essex County Prosecutor Theodore Stephens said. “He showed a reckless disregard for human life by shooting into a moving vehicle, a vehicle which had heavily tinted windows. This is the first fatal police-involved shooting to result in an indictment in Essex County in recent memory."

Investigators say the Jan. 28 incident began after a female Newark police officer pulled over Griffin’s car in a traffic stop. They say he sped off and the officer “radioed… that she saw a gun,” which “led to a pursuit involving a number of police cars.”

Crespo’s bodycam footage starts with him riding in the passenger seat of a police cruiser, repeatedly demanding the driver to “cut in front” of Griffin’s black car.

Crespo then hops out as Griffin pulls into an intersection, firing off several rounds at the vehicle while saying “get out of the car”. But Griffin takes off again and Crespo re-enters the police cruiser, and is heard breathing heavily as his driver revs the engine in pursuit.

“I shot at him, bro,” Crespo says to the driver. He then resumes giving instructions to the driver, who tells him to “relax”. At one point, the now-agitated driver yells at Crespo to stay inside the car as he tries to open his passenger door and engage Griffin a second time.

Newark Police Officer Jovanny Crespo could be sentenced to life in prison for his alleged role in a police-involved shooting in January, prosecutors say. (Essex County Prosecutor's Office)

Yet at another intersection, Crespo appears to ignore the driver’s command. The footage shows him jumping out of the car and firing off more rounds at Griffin’s vehicle, which once again speeds off.

“Bro, he pointed the gun right at me,” Crespo tells the driver after getting back inside his police car.

The chase ends with Crespo leaving his police cruiser a third time to approach Griffin, now stopped in the middle of a street.

“Stop the car!” Crespo is heard saying as Griffin’s vehicle – with its passenger door slightly open – begins moving again. Crespo fires off multiple rounds at the car and other officers swarm it, pulling out 35-year-old passenger Andrew Dixon, who sustained serious injuries. Griffin, behind the wheel, remained motionless.

The Essex County Prosecutor’s Office says both men were shot in the head during the pursuit and Griffin, 46, died at a hospital the following day. No officers were injured during the incident and Crespo was the only one to discharge his weapon, they added.

In the bodycam footage, Crespo is heard telling his colleagues “I shot him in the head” and “I shot both of them.”

The New Jersey Attorney General’s use of force policy states that officers are only allowed to use deadly force to prevent the escape of a fleeing suspect if it is determined that the suspect “will pose an imminent danger of death of serious bodily harm should the escape succeed.” The policy also says officers can only use deadly force in those conditions if it “presents no substantial risk of injury to innocent persons.”

Crespo was taken into custody Tuesday being charged with aggravated manslaughter, aggravated assault, two counts of Possession of Weapon for an Unlawful Purpose and two counts of Official Misconduct – and faces life in prison if convicted on all counts. He has been suspended without pay and is expected to make his first court appearance Wednesday or Thursday.