Chicago alderman reacts to 43% spike in police officers shot on duty in 2022: 'It's a lawless land right now'

Chicago alderman Anthony Napolitano joined 'Fox & Friends' to discuss the crime surge and the impact of anti-police rhetoric on the city.

EXCLUSIVE: Chicago Police Department staffing numbers reached the lowest in recent history at the end of March, as more than 300 uniformed members had resigned or retired from the department and over a dozen others had stepped down, Fox News Digital has learned.

But police officer departures were the highest in recent history in 2021, when 965 uniformed personnel resigned or retired from CPD, and another 100 non-uniformed members also said goodbye to the department, according to the statistics.

CHICAGO ALDERMAN SAYS CRIME HAS 'TAKEN OVER' CITY: 'WE'RE THE LAND OF THE LOST'

CPD brass have emphasized the need for recruiting in recent months, as the department embarked on a campaign to hire uniformed members amid a decision to loosen requirements.

At the time, he said 2020’s attrition rate was 4%, compared to the 8.5% attrition rate reported for 2021, "which is not officers leaving in droves, but it is quite a bit of a challenge to have that level of increase," he said.

"But the bigger issue really is the aggregate attrition that occurred because of the pandemic’s restrictions on class size in 2020," he said during a press conference regarding recruitment. "In addition to that, we did have an outbreak of COVID-19 in our police academy in the summer of 2020."

Brown said the department went all of 2020 and half of 2021 without administering an in-person police recruitment test. At the time, the city had not offered virtual testing options.

"So, a couple things happened in 2021," Brown said. "What happened is that we really thought that this would be an ongoing challenge in the impact of what many called, ‘Generation resignation’…not just policing, but in other professions."

He added that the difficulty to hire employees over the past 24 months "impacted us, as well. Not just us here in Chicago, but across the law enforcement profession." 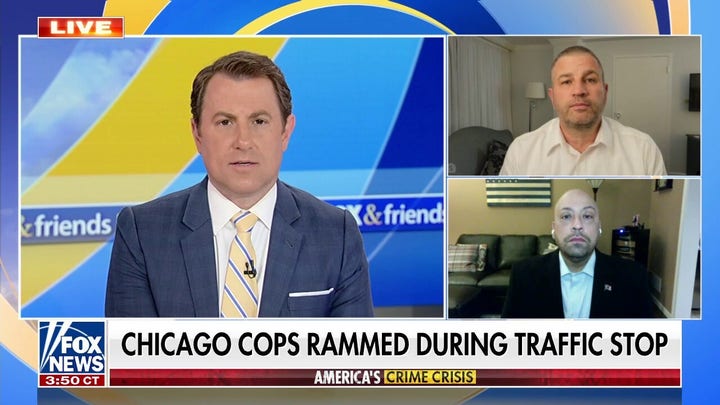 And CPD brass have made the department’s hiring push evident on social media, with frequent posts about the effort on a near-daily basis.

The Chicago branch of the Fraternal Order of Police did not respond to Fox News Digital’s requests seeking comment, but union president John Catanzara, Jr., estimated in the beginning of April that it would take "at least five to 10 years to recoup the losses in manpower in police forces across this country, Chicago specifically."

"I mean when we’re looking at 7, 800, 900 retirements or departures, resignations and younger officers leaving for other departments in comparison to two or three hundred recruits coming through the door in a given year in the process," Catanzara told Fox News at the time. "That is not a sustainable number, and it’s gonna make these streets less safe for a long time to come, even if you flip the switch today."

Meanwhile, CPD’s most recent crime statistics show a 36% increase in total crime year-to-date as of April 3, but a 5% decrease in murder and a 12% decrease in shootings compared to the same time period last year.

Burglaries, thefts and motor vehicle thefts, however, were each up by more than 35%, statistics showed.