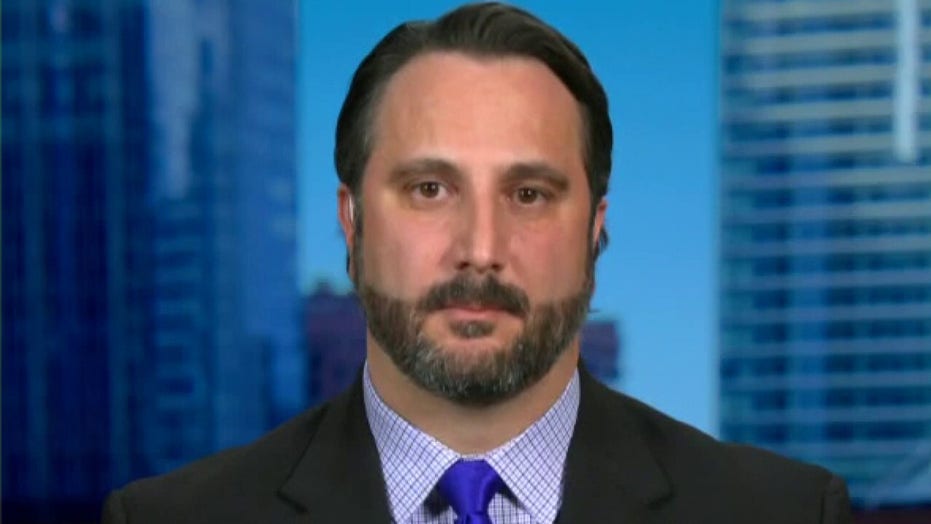 Chicago has 'had enough' of out-of-control crime: Alderman Napolitano

The mayor of a Chicago suburb took to social media and called on the federal government to intervene after Cook County prosecutor Kim Foxx and what he decried as the county court’s "catch-and-release program" would have allowed a federal armed robbery and attempted murder parolee back onto his streets.

His police department invests heavily in investigations and uses undercover patrols and technology, such as license plate readers to spot stolen vehicles entering Orland Park, about 26 miles outside Chicago.

"We invest in investigations really heavily so that we produce so much evidence that even Kim Foxx has to charge," Pekau said. "She doesn't have a choice because we give them so much evidence."

Last month, tactical officers spotted a handgun on the floorboard of a suspicious vehicle at the Orland Park Mall. Officers approached a man, woman and juvenile who returned to the vehicle, and a struggle ensued. The man, identified as three-times-convicted felon 32-year-old Nickolas Burch, passed a fanny pack he was wearing to the woman, 33-year-old Kelly Turner, who also resisted officers.

She allegedly told the juvenile to run away with the bag, police said.

A second handgun and an extended magazine were found inside, police said, as was a card for Burch’s federal parole officer. And it was discovered that Burch was on electronic monitoring and parole for armed robbery and attempted murder. After the incident at the mall, he was newly charged with being an armed habitual criminal and a misdemeanor for resisting/obstructing.

But a judge set bond at only $5,000, meaning he would have been released after posting just $500.

Nickolas Burch and Kelly Turner are both accused of resisting arrest after officers spotting a handgun on the floor of the vehicle they were returning to in a mall parking lot. Burch was already on federal parole for armed robbery and attempted murder.  (Orland Park Police Department )

Upon hearing about the low bond amount, Pekau contacted the Department of Justice and went on local news and social media to sound the alarm on Cook County leadership.

The DOJ then placed a hold on Burch’s release, and a new judge assigned to the case rescinded bond.

"We go to the feds whenever we need to because Kim Foxx, the state and Chicago have been running a catch-and-release program," Pekau said. "They all support this criminal justice reform that in their mind means letting violent criminals run free and let them run free. It’s putting the rest of us at risk."

Pekau sounded the alarm on a new law that will eliminate cash bail statewide by Jan. 1, 2023.

The fanny pack was searched and a loaded handgun with an extended magazine was discovered, police said. Also found in the fanny pack was Burch’s wallet that contained a business card for his federal probation officer, who was subsequently contacted and informed of the charges. (Orland Park Police Department)

"That is going to be no cash bail unless it's a murder charge," Pekau said of the coming bail reform in Illinois. "That's not just in Cook County, but the entire state. People like this will be let go, will be required to be released on their own recognizance."

He said the law threatens to change the face of public safety in what are considered lower-crime areas in the suburbs of Chicago, pointing out that the DuPage County Courthouse is in Wheaten, Illinois.

"These criminals are going to go to that courthouse in this very safe city, and then they're going to be released at the courthouse," Pekau said.

In Orland Park, crime is at its lowest in 27 years, and the data doesn’t reflect the crimes that were prevented by officers taking a proactive approach in removing illegal guns from the streets, he said.

"Last year we removed a criminal off the street with an illegal gun every five days. That doesn't hit the index crimes because they haven't committed one yet," Pekau said. "Because of all the things we use -- we use a lot of technology to identify stolen cars, and they're coming into town, so they can steal in town, but we still managed to catch them with traffic stops. It's amazing how many people leave drugs and guns in plain sight, so obviously, that gives you an opportunity to search the vehicle and find things."

He said crime spreading from inner-city Chicago into suburban outskirts is a growing concern.

"We're very proactive. We catch them before they commit another crime," Pekau told Fox News Digital. "With what’s happening all around us -- carjackings all through the Chicagoland area going into DuPage County now where they've never seen that before."

The Orland Park Police Department uses private labs that return results in one of two days on average compared to the state fingerprint labs that take at least eight months and the state DNA labs that take at least six months, Pekau said. That way, evidence is more likely returned while individuals are still in custody and charges can be brought sooner to reduce the probability of them returning to the street.

The department has proven so good at processing evidence, Pekau said, that Orland Park reached a deal to allow officers working overtime to help the Bureau of Alcohol, Tobacco, Firearms and Explosives (ATF).

The mayor said he’s also made it against the law for businesses in Orland Park not to cooperate with police. For example, he described how larger "woke corporations" in the past had refused to sign the criminal complaints against shoplifters, meaning police couldn’t press charges against individuals involved in mass retail theft. Now, Orland Park fines businesses who don’t cooperate.

"We have a 90% approval rating for our police department here. We support them across the board," Pekau said. "We hire the best people, and we hold them accountable. We take every complaint seriously. So, we make them better, and if someone doesn't belong on the job, you’re not here. We engage with our residents and businesses to make them part of the solution."