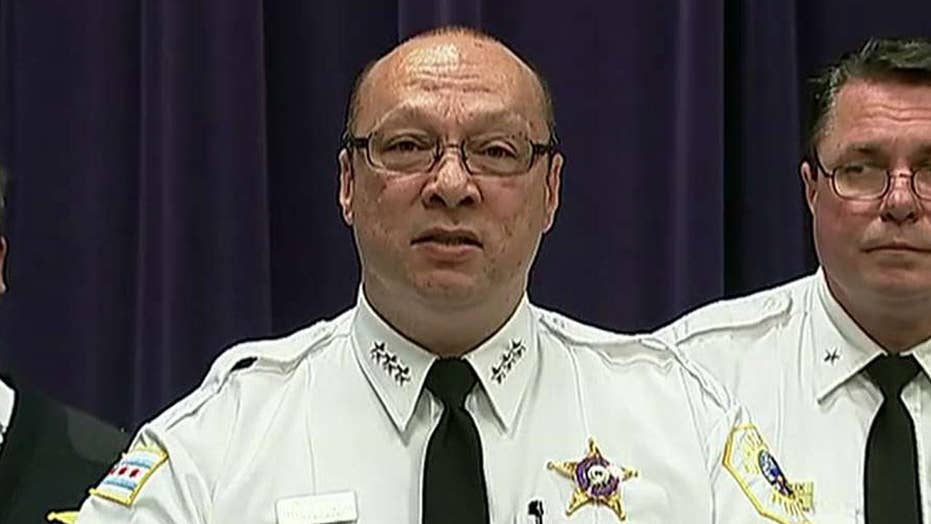 Judge shot, killed on South Side of Chicago

A $25,000 reward has been offered by the FBI seeking information that could lead to the arrest of the person who shot and killed a judge outside his Chicago home.

Cook County Associate Judge Raymond Myles was gunned down outside of his home on Monday as he headed to the gym, police said.

The 66-year-old Myles was pronounced dead at Advocate Christ Medical Center in Oak Lawn, and a 53-year-old woman with him was reported in serious condition with a gunshot wound to the leg. She is expected to survive.

The woman was identified as Myles' girlfriend, The Chicago Tribune reported.

Melissa Staples, the city’s chief of detectives, said the woman was walking to the garage at Myles' home when she came upon a man holding a gun. Words were exchanged and the offender shot the woman.

Staples said when Myles heard the gunshot, he came outside to investigate. He exchanged words with the gunman before the man shot him several times. Staples said the shooting may have been the culmination of a robbery attempt.

Chicago police spokesman Anthony Guglielmi said Myles also "may have been targeted for one reason or another."

No arrests have been made in the shootings that happened around 5 a.m. on Chicago's South Side.

"Every day civil servants like Judge Myles and those of us in law enforcement work tirelessly to hold criminals accountable and make our streets safer," Navarro said. "That's why, when incidents like this occur, it's not only a reminder of the ever-present challenge we have with illegal guns and the offenders willing to use them, but it's also a direct attack on the criminal justice system that keeps our society safe."

"I join all of the judges today in the Circuit Court of Cook County in expressing our sadness regarding the tragic passing of our colleague and friend," Evans said.

"I have always known Judge Myles to be focused and determined in the pursuit of justice, and his conduct earned him the confidence and respect of the people who appeared before him," Evans added. "All of our colleagues at the Leighton Criminal Court Building will miss Judge Myles, who they came to know for his kindness and his impartial administration of justice."