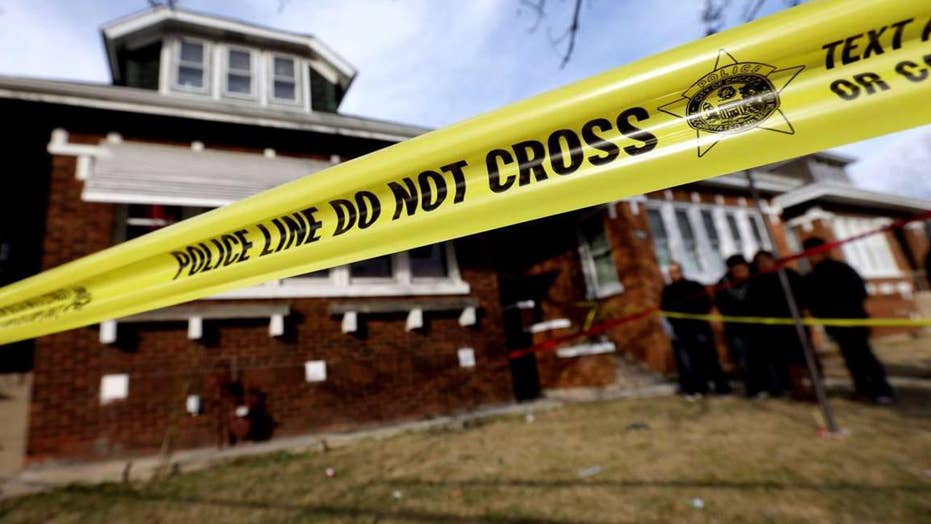 At least three homicides have already occurred in Chicago in 2018, the violence spiking following a year in which the Windy City celebrated fewer homicides than in 2016.

City police said the first homicide of the New Year happened around 2:20 a.m. Monday when a man driving a Toyota Camry was shot in the back. His car veered into a fence.

Would extreme vetting lower the death toll in Chicago?

The 51-year-old victim was identified as Janusz Kolodgziejczyk and pronounced dead at the scene fewer than 30 minutes after the shooting, the Chicago Tribune reported.

Several hours later, 29-year-old Brenda Ramos was found in the basement of a Park West neighborhood apartment suffering from blunt trauma to the head. She was pronounced dead at 11:22 a.m. Monday, the Cook County medical examiner’s officer said.

The year’s third homicide happened at around 5 p.m. Monday in the Fuller Park neighborhood, police said.

A 34-year-old man, identified as John Harris, was fatally shot several times in the neck while behind the wheel of a car on the South Side. He was pronounced dead at the scene.

No arrests have been made in the three attacks.

City police are also investigating the suspicious death of a 29-year-old woman who was found Monday afternoon, the Tribune reported.

What can be done to reduce the violence in Chicago?

Police initially said it was a death investigation, but later reclassified her death as a homicide. The woman, who has not been identified, suffered blunt force trauma to her head and was pronounced dead at the scene.

News of the deaths came the same day the Chicago Police Department released statistics showing the number of homicides fell from 771 in 2016 to 650 last year. The number of shootings dropped from 3,550 to 2,785 during the same period.

Despite the drop, in a repeat of 2016, the homicides still eclipsed the number of killings in New York City and Los Angeles combined.

Still, the drops — and the reasons behind the lower numbers — have police and others optimistic that some of their efforts will lead to more declines over the next year. Chief among those efforts will be the expansion of the high-tech strategies and equipment to fight crime, including devices that pinpoint where gunshots are fired.

"I am proud of the progress our officers made in reducing gun violence all across the city in 2017," Chicago Police Chief Eddie Johnson in a statement. "In 2018, we are going to work to build on the progress we made last year — to reduce gun violence to save lives and to find justice for victims."