The former Chicago police officer who shot and killed Laquan McDonald will not face federal civil rights charges following his release earlier this year after serving less than the nearly seven-year prison term he received for the 2014 fatal shooting.

Jason Van Dyke was released from prison after serving 3.5 years following his conviction for second-degree murder and 16 counts of aggravated battery on state charges. He served less than half of his 81-month sentence before he was released with time off for good behavior. 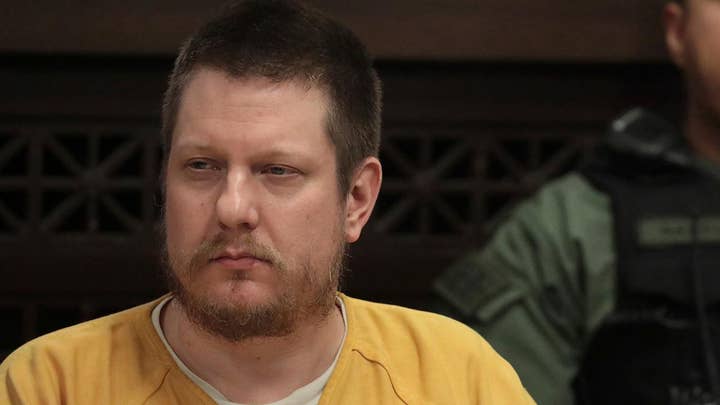 In a statement by the U.S. Attorney's Office for the Northern District of Illinois, authorities said a federal investigation was opened into McDonald's death months after he was killed in October 2014.

"The decision not to pursue a federal prosecution is consistent with Department of Justice policy and was made in consultation with Mr. McDonald's family. U.S. Attorney Lausch has spoken with a representative of Mr. McDonald's family on multiple occasions over the past three years, including recently, to discuss the factors the Department of Justice considers when deciding to bring a second prosecution. The family was in agreement not to pursue a second prosecution, and the Office respects their position," the office of U.S. Attorney Jon Lausch said in a statement.

Authorities noted that a federal trial would not have been a retrial of the state's case.

Former Chicago police Officer Jason Van Dyke looks on during his murder trial as a monitor displays a scene from a police vehicle dash cam video, moments after the shooting death of Laquan McDonald. On Monday, federal prosecutors announced they will not seek federal civil rights charges against Van Dyke. (REUTERS/John J. Kim/Chicago Tribune/Pool via REUTERS)

"There is no general murder charge under federal law that would apply.  Federal prosecutors would need to prove to a jury beyond a reasonable doubt that Mr. Van Dyke willfully deprived Mr. McDonald of a constitutional right," the statement said. "To do that, prosecutors would have to prove not only that Mr. Van Dyke acted with the deliberate and specific intent to do something the law forbids, but also that his actions were not the result of mistake, fear, negligence, or bad judgment.

Van Dyke shot McDonald in October 2014 as the 17-year-old walked away from police on a Southwest Side street while holding a knife. Dash cam footage from the incident shows Van Dyke firing 16 shots at McDonald, prompted protests, a Justice Department investigation of the Chicago Police Department and the firing of the police superintendent, among other changes.

Witnesses accused Van Dyke of using racial slurs and using excessive force against suspects. One of McDonald's family members said during the trial that Van Dyke killed the teenager "without provocation," and that McDonald was just starting to turn his life around when Van Dyke fatally shot him.

In this Nov. 24, 2015 file photo, a man holds a sign with a photo of Laquan McDonald on it, during a protest of the police shooting 17-year-old McDonald, in Chicago.  (AP)

Van Dyke said in 2019 that he prayed "daily for the soul of Laquan McDonald."

Even if a federal trial resulted in a conviction, a judge would have to take into account the 81-month sentence Van Dyke was previously given and that he will never again be a police officer, federal officials said.