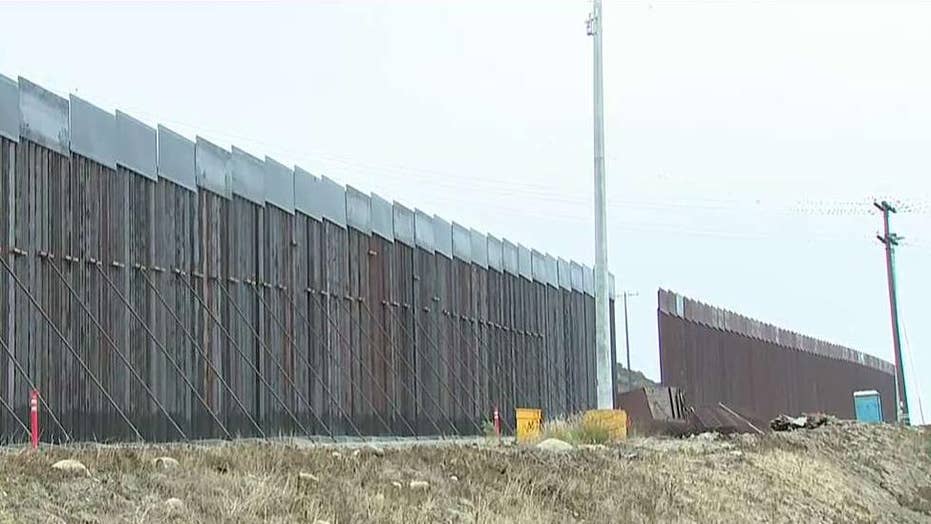 14 miles of old border fencing from the 1990s has been replaced in San Diego, California with another 14 miles of secondary fencing being added.

Border Patrol agents arrested a convicted sex offender who crossed the border illegally and, in a separate incident, seized nearly $90,000 worth of heroin in an “eventful” weekend along the U.S.-Mexico border in San Diego, according to U.S. Customs and Border Protection.

Agents arrested the convicted sex offender Sunday morning along with three other men who authorities say had entered the U.S. illegally.  They were allegedly hiding behind brush near the Tecate Port of Entry. The 63-year-old Mexican man has several convictions for sexual assault and served 12 years in prison, authorities said.

In a separate incident, agents said they found more than eight-and-a-half pounds of heroin hidden inside a U.S. citizen's fake auto battery at a checkpoint.

Border Patrol agents detained 25 illegal immigrants Sunday in three ocean smuggling schemes off the coast of San Diego. As many as 17 may have escaped The Los Angeles Times reported.