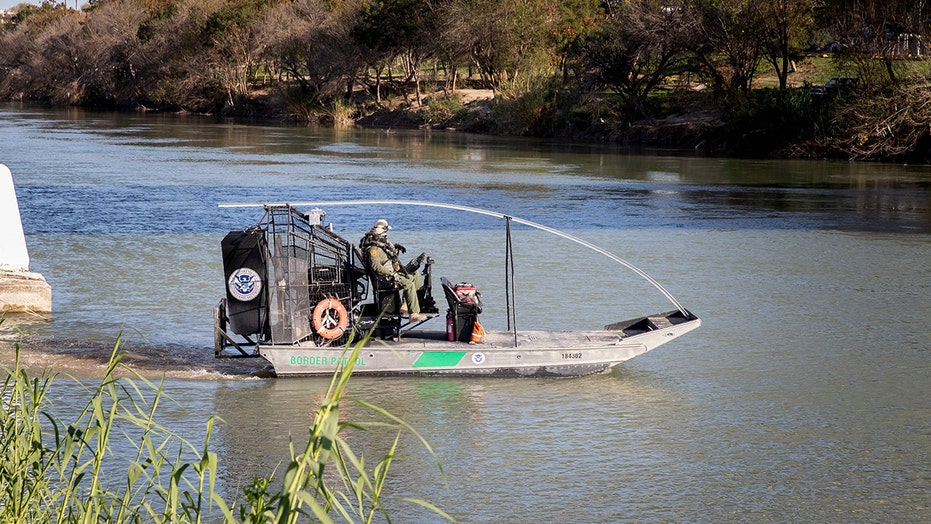 The U.S. Border Patrol confirmed with Fox News Friday that a vessel stationed on the Rio Grande was shot at multiple times by gunfire coming from the Mexican riverbank.

Agents assigned to the RGV Marine Unit in the Rio Grande Valley sector said that at around 2:25 a.m, they saw four people on the Fronton Main Landing near Fronton, Texas, who shot more than 50 rounds at them using automatic weapons.

No agents were injured, but Customs and Border Protection sources told Fox News the "vessel was hit several times."

CBP says the investigation is ongoing and the Mexican nationals thought be responsible have not yet been identified.

The Rio Grande, which flows from the southwest of the United States into parts of northern Mexico, forms part of the U.S.-Mexico border.  Violent gangs have roamed the region across the river from Texas.

The RGV Sector has been a hotbed for illegal-immigrant apprehensions with 36,872 migrants apprehended in July, according to CBP.  U.S. authorities have also forced thousands of asylum seekers to wait in Mexico, citing capacity issues.