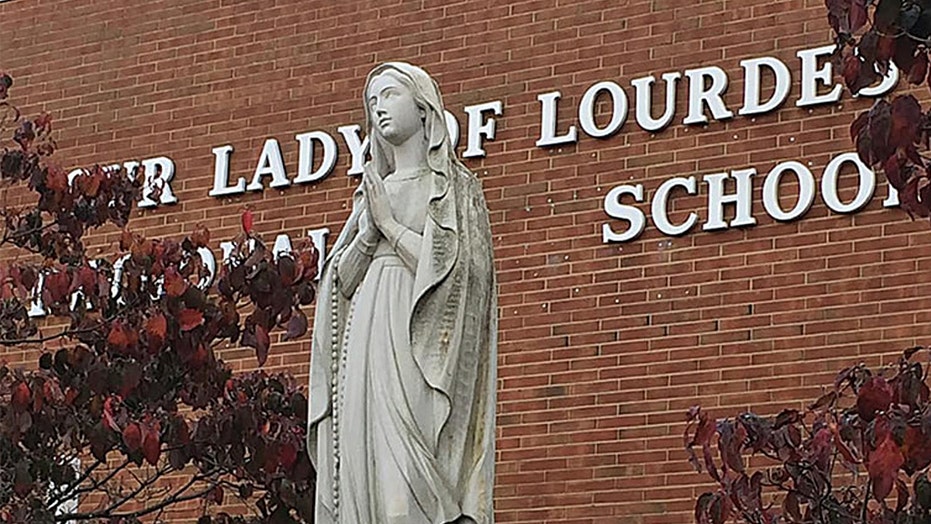 New laws on reporting sex abuse could leave the Catholic Church on the hook for billions more in payouts; insight from Bernard Condon, breaking news investigations reporter at the Associated Press.

A Roman Catholic private school teacher in Pennsylvania who was fired from her job for an unwed pregnancy with her boyfriend lost another bid to get her job back, but she will be allowed to proceed with her discrimination lawsuit.

Naiad Reich, who isn't Catholic, filed a breach of contract suit last year against the Diocese of Harrisburg after she was fired from Our Lady of Lourdes Regional High School in Coal Township in Dec. 2018.

KEEPING THE SISTERHOOD FROM EXTINCTION: THE STRUGGLE TO SAVE NUNS IN AMERICA

"I feel like I'm a rewriting of 'The Scarlet Letter' at this point, just minus the affair," Reich said at the time.

A non-Catholic teacher is suing Our Lady of Lourdes Regional High School after she was fired for an unwed pregnancy. (Google Maps)

The Northumberland County, Pa., judge ruled that the one-year contract she signed in June 2018 provided no guarantee of future employment. Reich was seeking a permanent injunction to be reinstated as an English teacher at the school.

But First Liberty Institute lawyer, Hiram Sasser, told Fox News the decision must be overturned according to the Supreme Court's ruling in Hosanna-Tabor Evangelical Lutheran Church and School v. EEOC.

The fired teacher told Fox 56 that she signed a morality clause and was told that her pregnancy was "immoral" by the standards of the Catholic school and church.

Reich, who has since given birth to a girl and remains unmarried, said she was fired in November 2018 after notifying the diocese that she and her boyfriend were expecting a baby in June but had no immediate plans to marry.

The diocese said it stands by Bishop Ronald Gainer and Sister Mary Ann Bednar, the school's principal, who "carefully considered diocesan policy and pastoral care" in making their decisions in this case.

Reich's case comes as the Catholic Church faces an onslaught of clergy sex abuse lawsuits that have piled up over the years.