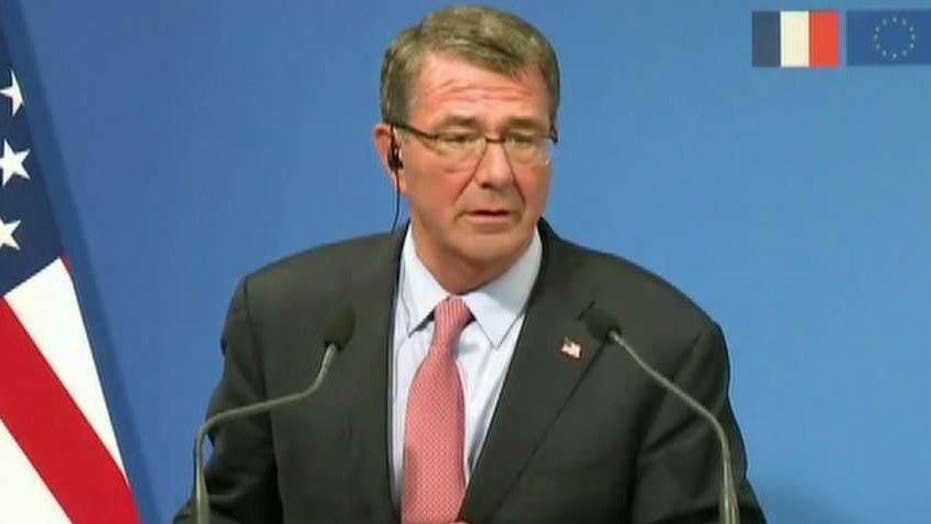 Secretary of Defense Ash Carter announced Wednesday that he was ordering the Pentagon to suspend its efforts to recover decade-old reenlistment bonuses paid to thousands of California Army National Guard soldiers who fought in Iraq and Afghanistan.

About 2,000 soldiers were recently told they had to repay the cash bonuses that, in some cases, amounted to $15,000 or more.

Carter said there was a process in place to assist soldiers who sought relief of such obligations, and in this case, “hundreds” of Guard members have already sought and have been granted relief.

“But that process has simply moved too slowly and in some cases imposed unreasonable burdens on service members,” Carter said. “That is unacceptable.”

He did not mention any timeframe for the suspension, but he insisted that it would be in place until he was “satisfied that our process is working effectively.”

Faced with a shortage of troops at the height of the two wars, California Guard officials offered bonuses of $15,000 or more for soldiers to reenlist.

A federal investigation in 2010 found thousands of bonuses and student loan payments were improperly doled out to California Guard soldiers. About 9,700 current and retired soldiers received notices to repay some or all of their bonuses with more than $22 million recovered so far.

Soldiers said they felt betrayed at having to repay the money.

"These bonuses were used to keep people in," said Christopher Van Meter, a 42-year-old former Army captain and Iraq veteran who was awarded a Purple Heart. "People like me just got screwed."

Van Meter said he refinanced his home mortgage to repay $25,000 in reenlistment bonuses and $21,000 in student loan repayments that the military says was improperly given to him.

The California Guard said it had to follow the law and collect the money.

"At the end of the day, the soldiers ended up paying the largest price," Maj. Gen. Matthew Beevers, deputy commander of the California Guard, told the Los Angeles Times. "We'd be more than happy to absolve these people of their debts. We just can't do it. We'd be breaking the law."

FoxNews.com's Edmund DeMarche and The Associated Press contributed to this report.