The devices found near the Republican National Committee and Democratic National Committee headquarters in Washington, D.C., on Wednesday were actual explosive devices, according to a senior federal law enforcement official briefed on the investigations.

One senior federal law enforcement official confirmed to Fox News those devices were not phonies, "those things were the real deal." 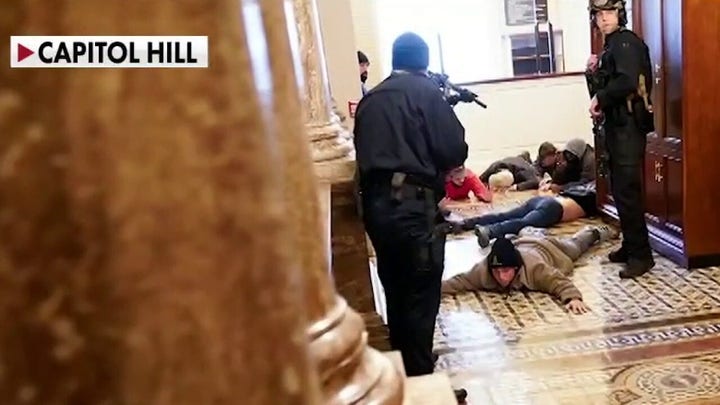 The investigation into who is responsible for planting the devices is ongoing and Department of Justice officials are vowing that the person, or persons, responsible will be held accountable.

The DC bomb squad was called to both scenes and eventually the ATF "rendered both devices safe," according to the senior federal law enforcement official.

FBI SEEKING HELP FROM PUBLIC TO IDENTIFY THOSE IN CAPITOL BREACH

The nation’s elected representatives scrambled to crouch under desks and don gas masks, while police futilely tried to barricade the building. A woman was shot and killed inside the Capitol, and Washington’s mayor instituted an evening curfew in an attempt to contain the violence.

Steven A. Sund, chief of United States Capitol Police (USCP) said Thursday more than 50 USCP and MPD officers were hurt, and some have been hospitalized with "serious injuries."