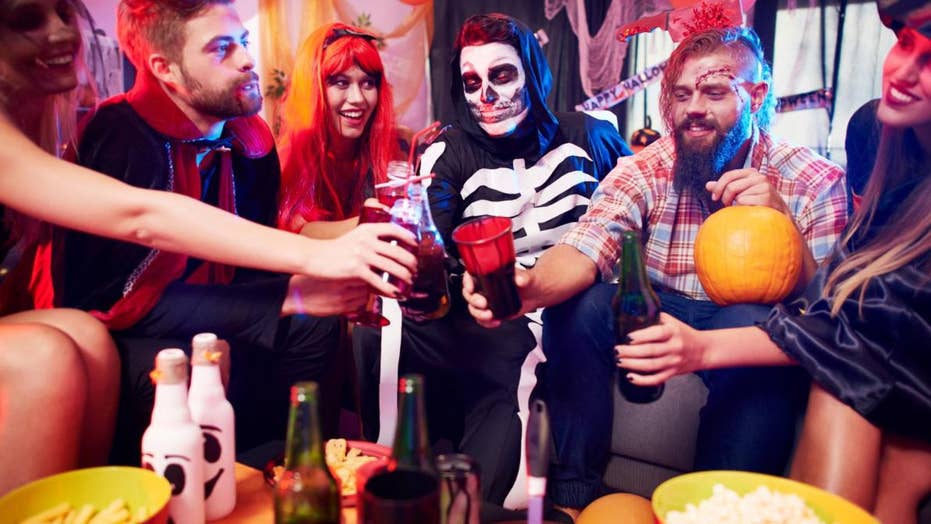 Colleges take on cultural appropriation ahead of Halloween

With cultural appropriation in mind, some colleges are advising students against offensive costumes this Halloween.

While most Americans look forward to dressing up and trick-or-treating for Halloween, college students have been warned ahead of time to carefully select the costumes they wear lest "cultural appropriation" come back to haunt them.

George Nicholas, a Simon Fraser University professor who studies cultural appropriation, defines it as “taking or using some aspect of someone else’s heritage without permission or recompense in inappropriate, harmful, or unwelcome ways.”

The University of Michigan warns students if their costumes promote racial, cultural, gender, or other stereotypes, they could face consequences depending on the severity of the infraction.

You can wear an orange President Trump wig or dress as one of our first 43 presidents, but one president is off-limits: President Barack Obama. That’s according to “A guide to being culturally sensitive this Halloween” in the University of Massachusetts Amherst’s student magazine.

“At its core, Halloween is essentially a display of cultural anarchy,” Nicholas wrote in Sapiens magazine, calling it an “anything-goes event” that “makes it hard to even identify what constitutes a ‘cultural’ costume in the first place, let alone who has the right to wear it, or even rank it in terms of its offensiveness.”

Nicholas posits several examples: “Is a Pocahontas costume more or less acceptable than a slasher? What if the child wearing it is Native American? Is a zombie costume so far removed from Haitian folklore that it no longer counts as culturally derivative? Is a white child dressing up as a black superhero from the recent Black Panther movie a positive counterpoint to years of black children dressing as white superheroes? Is it honorific, or rather horrific, to choose a costume based on a character from the recent Disney movie 'Coco' about the Mexican Day of the Dead?”

Robert Shibley, the executive director of Foundation for Individual Rights in Education (FIRE), told Fox News that universities are treating college students like little children and sending “a powerful message that no part of their personal lives or opinions is too small for the authorities to regulate.”

It’s been going on for years, Shibley said, going back to 2010 when Syracuse University police were patrolled on Halloween night and said they would actually force students to remove offensive costumes.

“While colleges are free to discourage or encourage students' choices in Halloween costumes, neither public colleges nor private colleges that promise free expression may investigate or punish students on the basis that a costume could offend others,” he added.

On one hand, students are encouraged to dress up as their favorite movie or television character…unless it’s Caitlyn Jenner.

Penn State University’s student government sponsored a workshop called “Haunted by Cultural Appropriation,” and the group passed a resolution supporting a “We’re a Culture, Not a Costume” social media campaign.

“Your costume choice is not an opportunity to fetishize or sensationalize anyone’s culture, race, sexuality, gender identity, mental illness, or physical disability, among other things,” the editorial board at Seattle University’s student newspaper wrote.