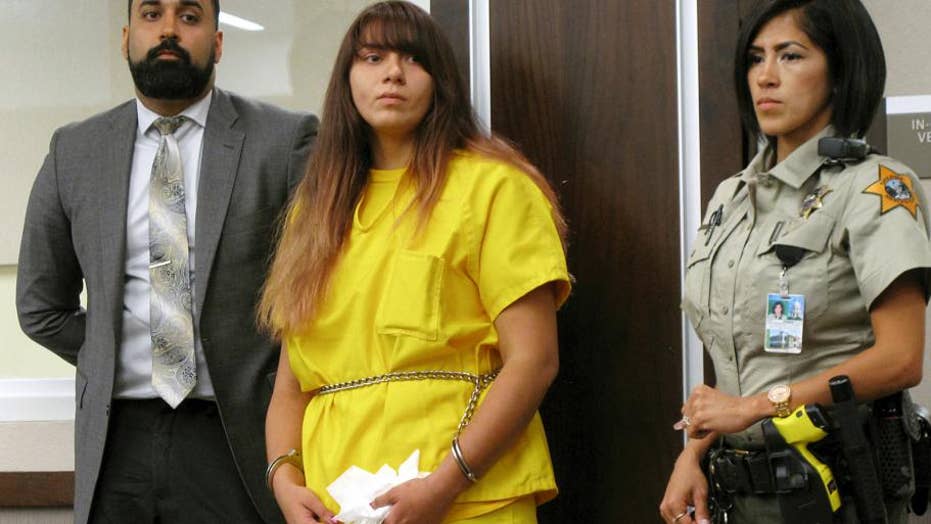 A 19-year-old California woman who livestreamed her drunken-driving crash that killed her 14-year-old sister has been released on parole after serving 26 months in prison.

Obdulia Sanchez was sentenced in February 2018 to six years and four months in prison after being convicted of gross vehicular manslaughter, DUI and child endangerment.

She was released on parole on Sept. 21 after receiving credit for completing “approved rehabilitative or educational programs,” a spokesman for the California Department of Corrections and Rehabilitation told the Merced Sun-Star on Saturday.

Sanchez was released Sept. 21 after serving 26 months in prison. She was sentenced to serve six years and four months in February 2018. (AP Photo/Scott Smith, File)

Sanchez, who was 18 at the time of the July 2017 crash, had been livestreaming herself on Instagram as she drove drunk.

The video showed her taking her hands off the steering wheel, prosecutors said.

Sanchez veered onto the shoulder of a road in Los Banos, about 100 miles south of San Francisco. Investigators said she overcorrected, causing the vehicle to swerve and overturn. Her 14-year-old sister, Jacqueline, was ejected and killed.

She also livestreamed her sister’s dead body, asking her to wake up, the paper reported. She then said she killed her sister and was “going to jail.”

Sanchez was approved for the state’s Custody to Community Transitional Reentry Program, which has allowed serious or violent offenders to serve their sentences in the community while undergoing provided rehabilitative services, the spokesman told the paper.